3 men arrested in suspicion of preparing terror attack in Germany 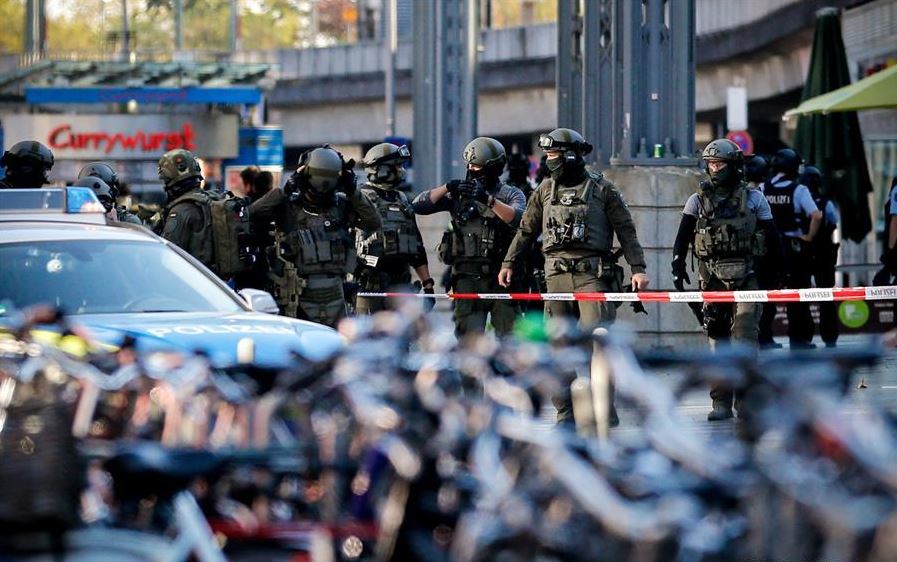 BERLIN, Nov. 12 (Xinhua) -- Three men have been arrested in the German city of Offenbach "on suspicion of the preparation of a serious violent act threatening the state", the public prosecutor's office Frankfurt and the Hessian state criminal investigation office (LKA) announced on Tuesday.

The three men were accused of making "preparations to commit a religiously motivated crime in the Rhine-Main area using explosives or firearms and to kill as many people as possible, so-called non-believers", said attorney general Nadja Niesen.

A 24-year-old German of Macedonian descent and two 22- and 21-year-old Turkish citizens were believed to be supporters of the so-called Islamic State (IS), according to the public prosecutor's office.

"The suspects were tracked down by testimonies from witnesses, to whom the accused had made themselves known as IS-followers, and by undercover police investigations", attorney general Niesen told Xinhua on Tuesday.

According to the German investigators, one of the men was "urgently suspected" of having already procured basic components to manufacture explosives and had searched the internet for firearms.

About 170 police officers were involved in the operation in which three apartments in the German city of Offenbach had been searched. During the police operation, written documents and electronic data had been confiscated. In addition, various explosive substances and equipment were seized, the public prosecutor's office stated.

The main suspect would now be presented to the investigating judge at the district court of Frankfurt, who would then decide on the issuance of an arrest warrant and the ordering of pre-trial detention, the public prosecutor's office announced.