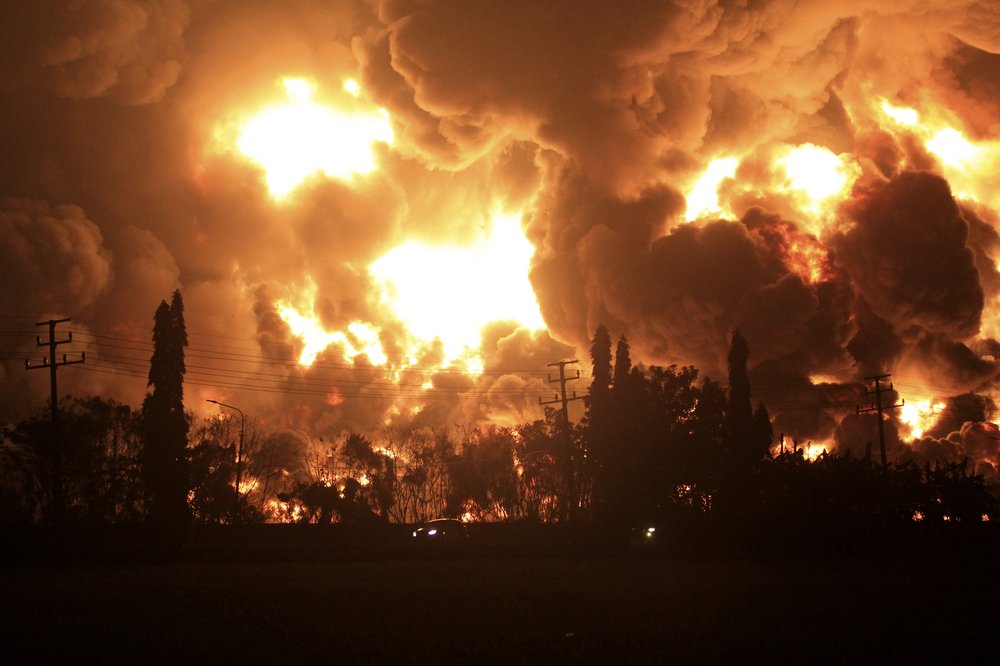 Cars pass by as fire razes through Pertamina Balongan Refinery in Indramayu, West Java, Indonesia, early Monday, March 29, 2021. Hundreds of people were evacuated from a nearby village after the massive fire broke out at the refinery. (Photos: AP)

JAKARTA, March 29 (Xinhua) -- Three people went missing and 19 others were wounded with five of them suffering serious injuries, and nearly 1,000 residents living nearby were evacuated following a massive blaze at an oil refinery in Indonesia's West Java province after midnight Monday, officials said.

"The five persons are being intensively treated at the Pertamina Hospital," he told Xinhua by phone.

Nearly 1,000 people have been evacuated to two sports centers and an Islamic center, he said. 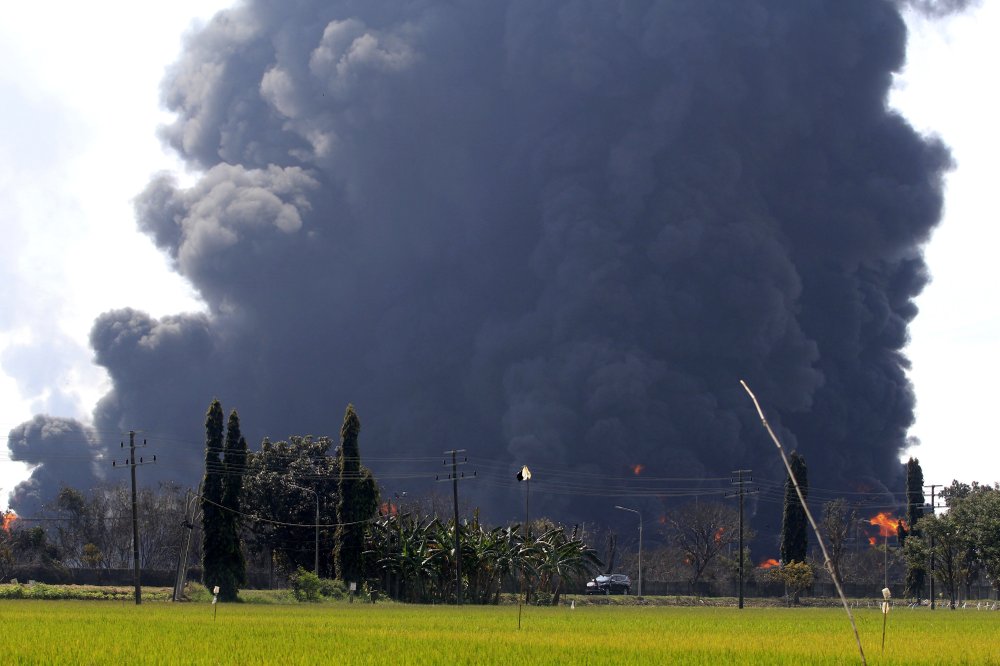 Indonesia's state-owned oil and gas company PT Pertamina said in a statement on Monday that the accident took place at 00:45 a.m. local time at its Balongan oil refinery located in the province's district of Indramayu.

The oil processing unit has been shut down to prevent any further oil spread.

The cause of the fire is still unknown while during the accident heavy downpours with lightning happened.

The refinery can process 125,000 barrels of oil per day. The accident does not disturb oil supplies for the people, according to the company.