3 more grain vessels set to sail from Ukraine on Friday 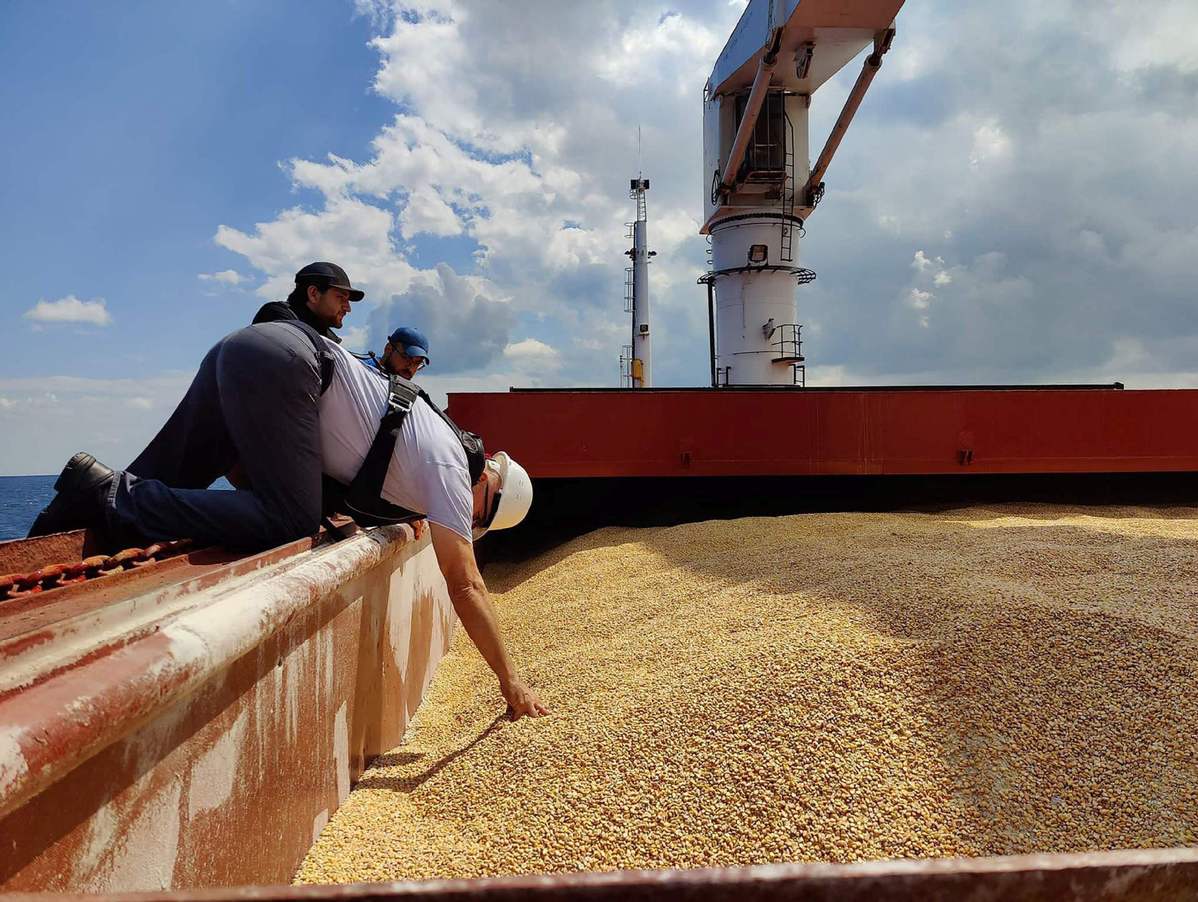 This handout picture taken and released by the Turkish Defence ministry press office on Aug 3, 2022, shows an inspection delegation member inspecting the Sierra Leone-flagged cargo ship Razoni carrying 26,000 tonnes of corn from Ukraine, off the coast of north-west Istanbul. [Photo/Agencies]

Three ships loaded with grain and other food supplies that have been waiting in Ukrainian ports are scheduled to set sail on Friday, the semi-official Anadolu Agency reported on Thursday, quoting Turkish Defense Minister Hulusi Akar.

Akar spoke on the phone separately with Ukrainian Defense Minister Oleksii Reznikov and Ukrainian Infrastructure Minister Oleksandr Kubrakov on Thursday to discuss the export of grain from Ukraine.

The first grain-laden cargo ship leaving the Ukrainian port under a UN-brokered deal anchored off Istanbul on the Black Sea and was inspected by a team of representatives from the recently established Joint Coordination Center (JCC) on Wednesday.

The Sierra Leone-flagged ship Razoni left Odesa early on Monday with 26,527 tons of corn and sailed for Lebanon after the inspection was completed on Wednesday.

The JCC was inaugurated in Istanbul last week. It has a total of 20 representatives from Ukraine, Russia, the United Nations, and Türkiye to monitor the implementation of the grain shipment process.

On July 22, Russia and Ukraine signed a deal with Türkiye and the United Nations to allow food and fertilizer exports from the Ukrainian ports in the Black Sea, namely Odesa, Chornomorsk, and Pivdennyi.

The deal aims to allow safe passage for ships carrying grain to world markets amid concerns about food shortages due to the prolonged crisis in Ukraine. Russia and Ukraine are major global wheat suppliers.