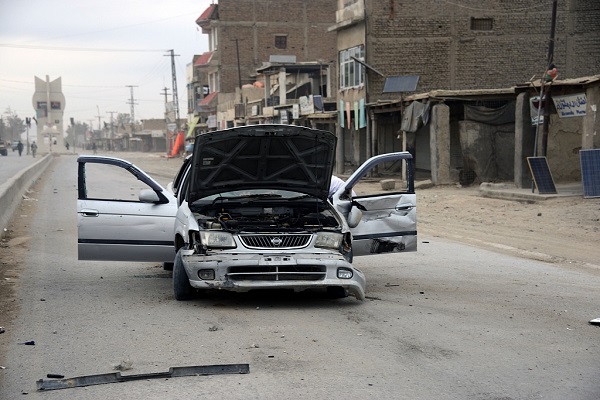 A heavily damaged vehicle is seen following the clashes between Taliban militants after an armed assault at a border police post in Kandahar, Afghanistan on January 25, 2016. (File Photo: VCG)

Four police personnel and seven Taliban militants were also wounded during the fighting, he added.

Security situation has been improving in Kandahar, the former stronghold of Taliban, over the last months, as security forces have conducted search and cordon operations across the province. But the militants attack government interests in the province from time to time.