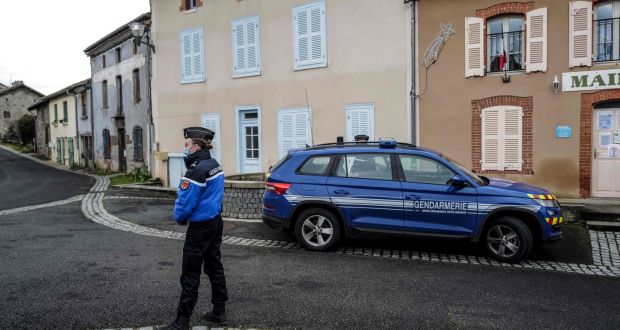 The police officers, who were responding to a call over domestic violence in a remote village in Puy-de-Dome department, were shot by a 48-year-old man when they attempted to rescue a woman who had found shelter on the roof of a house, said the reports.

"They (the officers) are our heroes," French President Emmanuel Macron tweeted Wednesday.

The man set the house on fire, which local firefighters were trying to put out, and the reported woman victim has been rescued, said French Interior Minister Gerald Darmanin.

Local media reported in an update that the man was found dead after "an apparent suicide" some 1.5 km from the house on Wednesday, with "several knives and an assault rifle on him."

The woman was reportedly safe, and the officer who had been injured while saving her was taken to hospital.

The minister noted that the domestic violence was the worst attack in French security forces' history besides terrorist attacks.