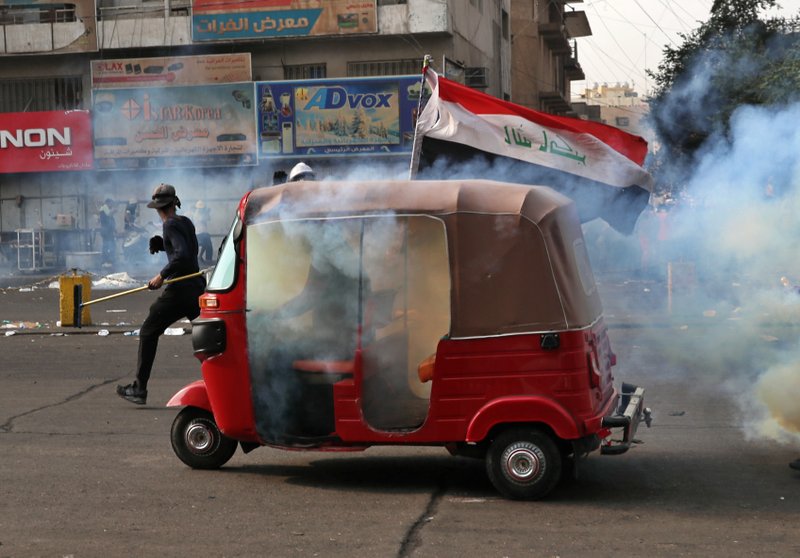 Grand Ayatollah Ali al-Sistani emphasized support for the demonstrators in his weekly religious sermon, saying none of their demands have been met so far and that electoral reform should be a priority. He called for a new election law that would restore public confidence in the system and give voters the opportunity to bring “new faces” to power.

At least 320 people have been killed and thousands have been wounded since the unrest began on Oct. 1, when protesters took to the streets in the tens of thousands outraged by what they said was widespread corruption, lack of job opportunities and poor basic services despite the country’s oil wealth.

Renewed clashes broke out in Khilani square Friday afternoon. Soldiers and riot police began firing live rounds and tear gas at hundreds of protesters who removed concrete barriers and streamed into the square. Iraqi security and medical officials said three protesters were killed and at least 25 others wounded.

Friday’s deaths brought to four the number of protesters killed in the past 24 hours in the square, which has been at the center of confrontations for days.

Demonstrations have mostly been taking place in Baghdad’s Tahrir and Khilani squares and the predominantly Shiite southern provinces, following tough measures by Iraqi security forces to clamp down on protests.

“Passing a law that does not give such an opportunity to voters would be unacceptable and useless,” he said in his weekly sermon Friday.

“If those in power think they can evade dealing with real reform by procrastination, they are mistaken,” al-Sistani said. “What comes after the protests is not the same as before, so be careful,” he warned.

He said corruption among the ruling elite has reached “unbearable limits” while large segments of the population are finding it increasingly impossible to have their basic needs met.

“People did not go out to demonstrations calling for reform in this unprecedented way, and do not continue to do so despite the heavy price and grave sacrifices it requires, except because they found no other way to revolt against the corruption which is getting worse day after day, and the rampant deterioration on all fronts,” he said.

On Monday, al-Sistani said he backed a roadmap by the U.N. mission in Iraq aimed at meeting the demands of the protesters, but expressed concern that political parties were not serious about carrying out the proposed reforms.