WORLD 3 soldiers killed in IS attacks in eastern Iraq

3 soldiers killed in IS attacks in eastern Iraq 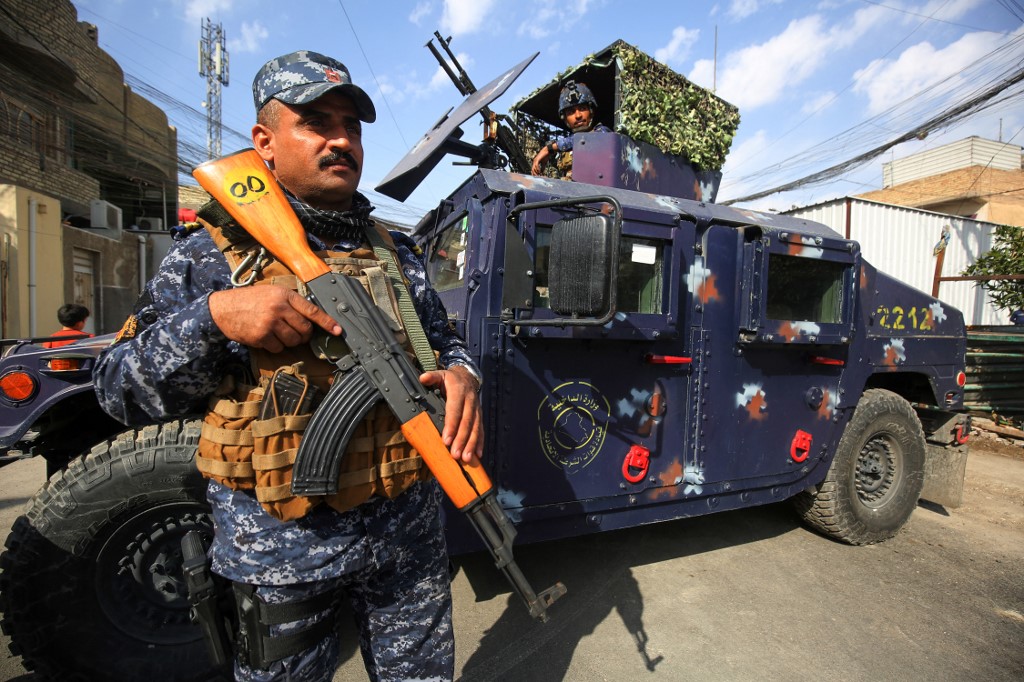 In this file photo taken on January 29, 2021, members of the Iraqi federal police forces stand guard at a checkpoint in a street in the capital Baghdad. (Photo: AFP)

BAGHDAD, Sept. 12 (Xinhua) -- Three Iraqi soldiers were killed and two others wounded on Sunday in attacks by the militants of the extremist Islamic State (IS) group in Iraq's eastern province of Diyala, a local security source said.

The incident took place in the evening when IS militants sporadically opened fire on Iraqi army outposts in the Udheim area, some 60 km north of the provincial capital Baquba, Mohammed al-Obaidi from the local tribal fighters told Xinhua.

The attacks resulted in the killing of three soldiers and the wounding of two others, al-Obaidi said.

Despite repeated military operations in Diyala, IS militants are still hiding in rugged areas near the border with Iran, as well as the sprawling areas extending from the western part of Diyala to the Himreen mountainous area.

The security situation in Iraq has been improving since Iraqi security forces fully defeated the IS militants across the country late in 2017. However, IS remnants have since melted in urban areas or deserts and rugged areas, carrying out frequent guerilla attacks against security forces and civilians.