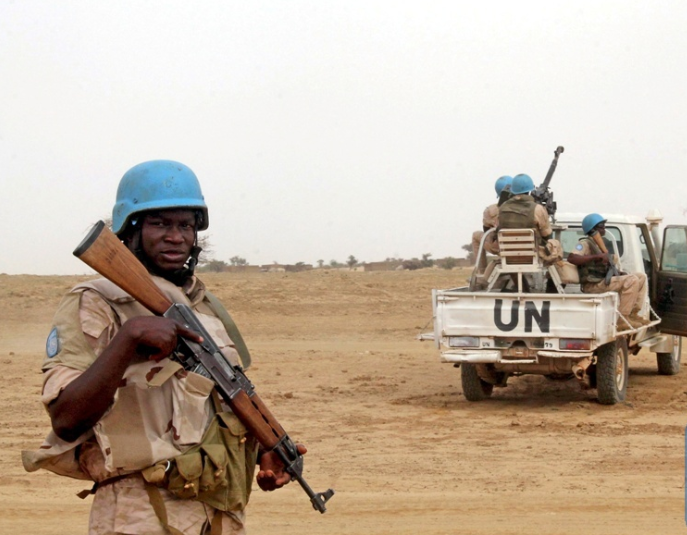 BAMAKO, May 10 (Xinhua) -- The UN Multidimensional Integrated Stabilization Mission in Mali (MINUSMA) confirmed Sunday evening that three of its peacekeepers were killed during a routine patrol by improvised explosive devices (IED) near Aguelhok in northern Mali.

Four other peacekeepers were severely injured and are receiving medical treatment, the MINUSMA said in a press release.

Mahamat Saleh Annadif, special representative of the UN secretary-general for Mali and head of the MINUSMA, strongly condemned these "cowardly acts" aiming to paralyze the MINUSMA's operations on the ground, according to the press release.

"We will have to combine all efforts to identify and apprehend those responsible for these terrorist acts, so that they can answer for their crimes in front of justice," Annadif said.

The MINUSMA was deployed in 2013 to support political processes in Mali.

During a failed coup in 2012, extremist militias took control of Mali's north. A UN-backed peace deal in 2015 between the government and various armed groups failed to stabilize the situation in the country's central and northern regions, with attacks multiplying in the past years.