WORLD 30 killed, wounded by blast in Syria's Manbij during US patrol

30 killed, wounded by blast in Syria's Manbij during US patrol

DAMASCUS, Jan. 16 (Xinhua) -- Around 30 civilians were either killed or wounded by a blast that hit Syria's northern city of Manbij during a US patrol in the Kurdish-controlled city on Wednesday, according to al-Mayadeen TV. 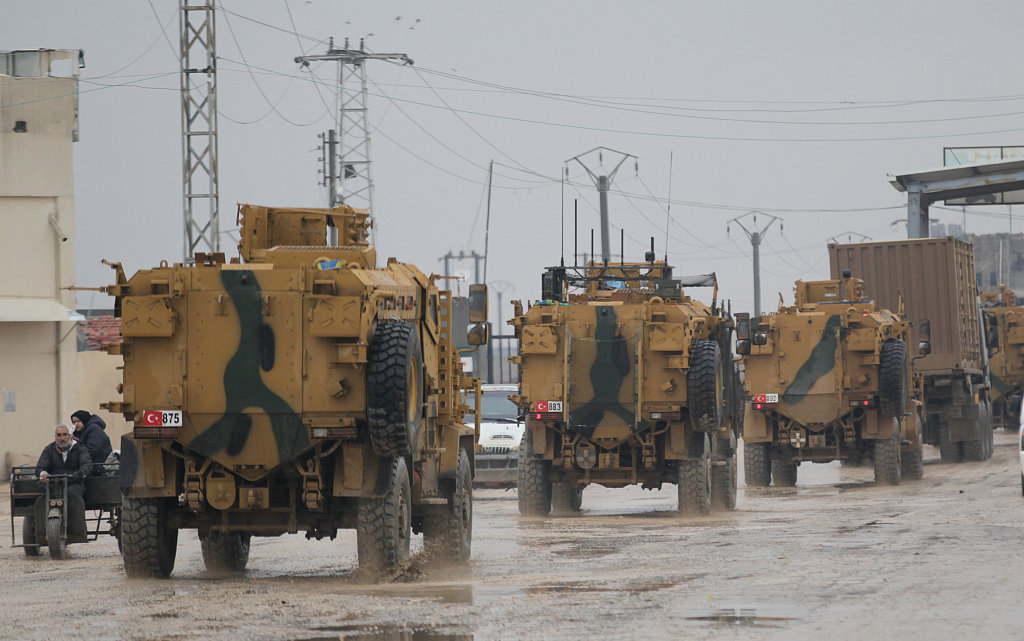 Turkish military vehicles ride at the Bab el-Salam border crossing between the Syrian town of Azaz and the Turkish town of Kilis, in Syria January 1, 2019. (File photos: VCG)

The blast in Manbij in the northeast of Aleppo province in northern Syria took place while a US patrol was passing the center of Manbij, said the report.

No further details were given about what happened to the US patrol or who could be behind the blast.

Manbij is controlled by the Kurdish-led Manbij Military Council (MMC) and US forces usually patrol the city after growing tension between the Turkey-backed rebels around Manbij and the Kurdish-led militia inside the city.

The Syrian army has recently deployed units in the countryside of Manbij amid ongoing talks for entering the city and assuming control to strip Turkey of the pretext to attack the city amid growing tension.

In a report Wednesday, a political leader of the Kurdish-led Syrian Democratic Council (SDC) rejected the idea of imposing a security zone in northern Syria by Turkey, the Saudi-funded Al Arabiya TV reported.

It's worth noting that the SDC is the political wing of the Kurdish-led Syrian Democratic Forces (SDF) militia, which is backed by the US and controlled areas in northeastern Syria.

Turkish President Recep Tayyip Erdogan said recently that he agreed with US President Donald Trump to impose a 32-km security zone along the Syrian border.

The Kurdish groups have found themselves trapped in the middle since late December when Trump said he decided to withdraw American troops from Syria.

However, no concrete results have yet surfaced except for the fact that the Syrian Army has recently deployed its troops in the countryside of the Kurdish-controlled Manbij city and is now on the frontline between the Turkey-backed rebels and the Kurdish-led militia.

A day earlier, the Syrian Foreign Ministry lashed out at the remarks of Erdogan about the security zone in northern Syria.

In a statement, the ministry said Erdogan's remarks and actions indicated that his country "only deals with the language of occupation and aggression," adding that Erdogan's actions "run against the simplest principles and charter of the UN."

It stressed that the Syrian government is determined to protect the territorial integrity of Syria and will defend the Syrian territory against any Turkish occupation.