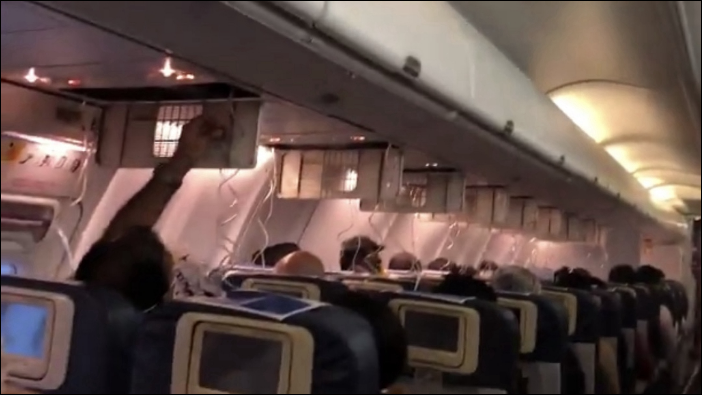 More than 30 passengers experienced nose and ear bleeding after cabin pressure dropped in a passenger plane moments after it took off from Mumbai, India on Thursday, according to aviation officials.

Jet Airways passenger flight 9W 697 with 166 passengers, had to turn back shortly after taking off for Jaipur, allegedly after a bizarre error led to a drop in cabin pressure.

After the Boeing 737 aircraft landed, the affected passengers were taken to the airport terminal where doctors administered first aid.