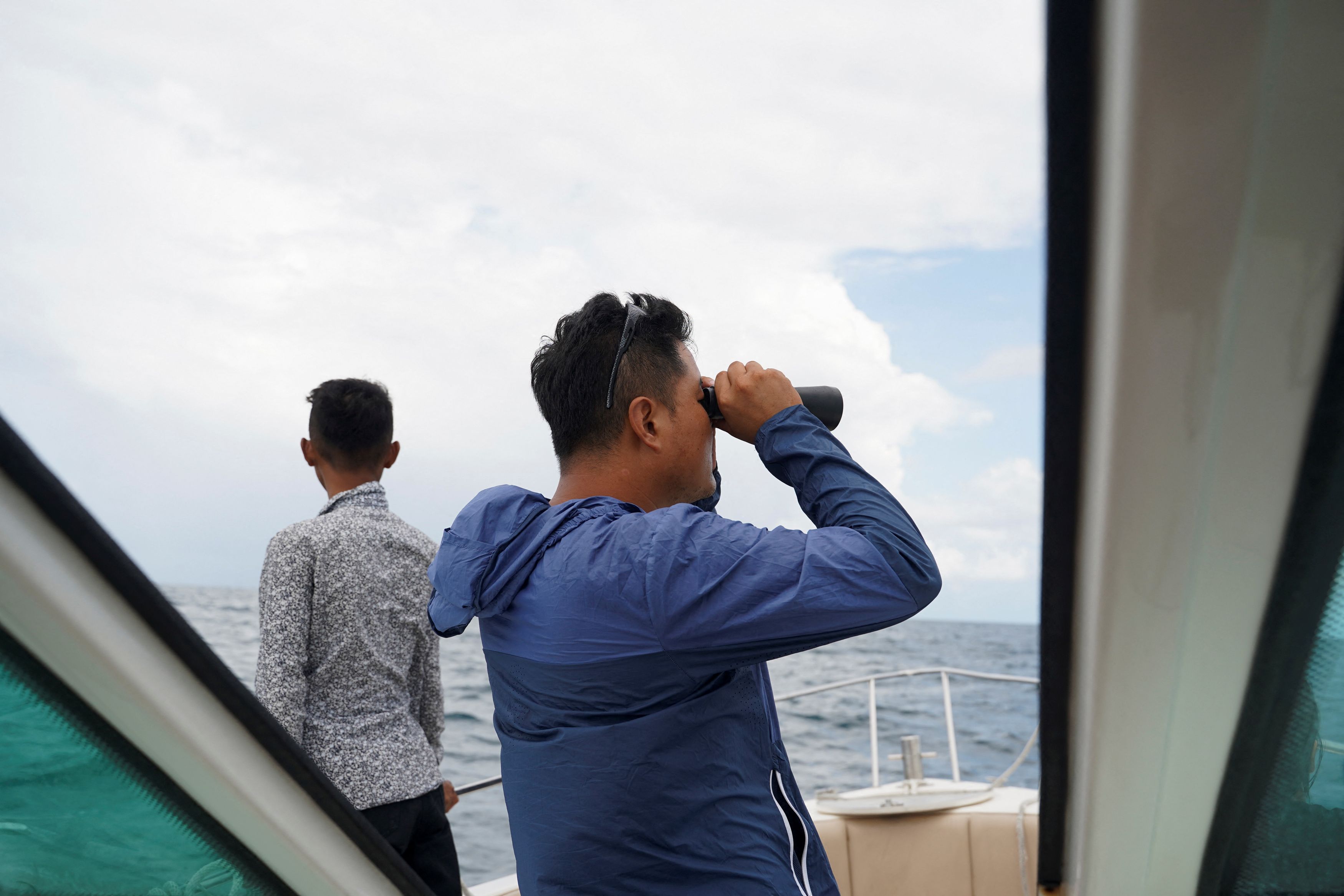 Volunteer rescuers search in the sea for survivors close to the location where a boat carrying Chinese nationals sank off the coastal town of Sihanoukville, Cambodia, September 23, 2022. /Reuters

Nine more people have been rescued from a boat that capsized off the coast of Preah Sihanouk Province in southwestern Cambodia on Thursday, bringing the current total to 30, the Chinese Foreign Ministry said on Sunday in an update notice.

The boat sank with 41 Chinese nationals aboard on Thursday, the Chinese embassy in Cambodia confirmed on Friday. One body had been retrieved as of midday Friday.

The Chinese Foreign Ministry on Sunday said a search for the missing people was ongoing.

According to survivors, the boat departed from south China's Guangzhou City on September 11 and encountered difficulties shortly after arriving in the waters of Preah Sihanouk Province.