WORLD 30 tornadoes, more flooding from storms in central US

30 tornadoes, more flooding from storms in central US 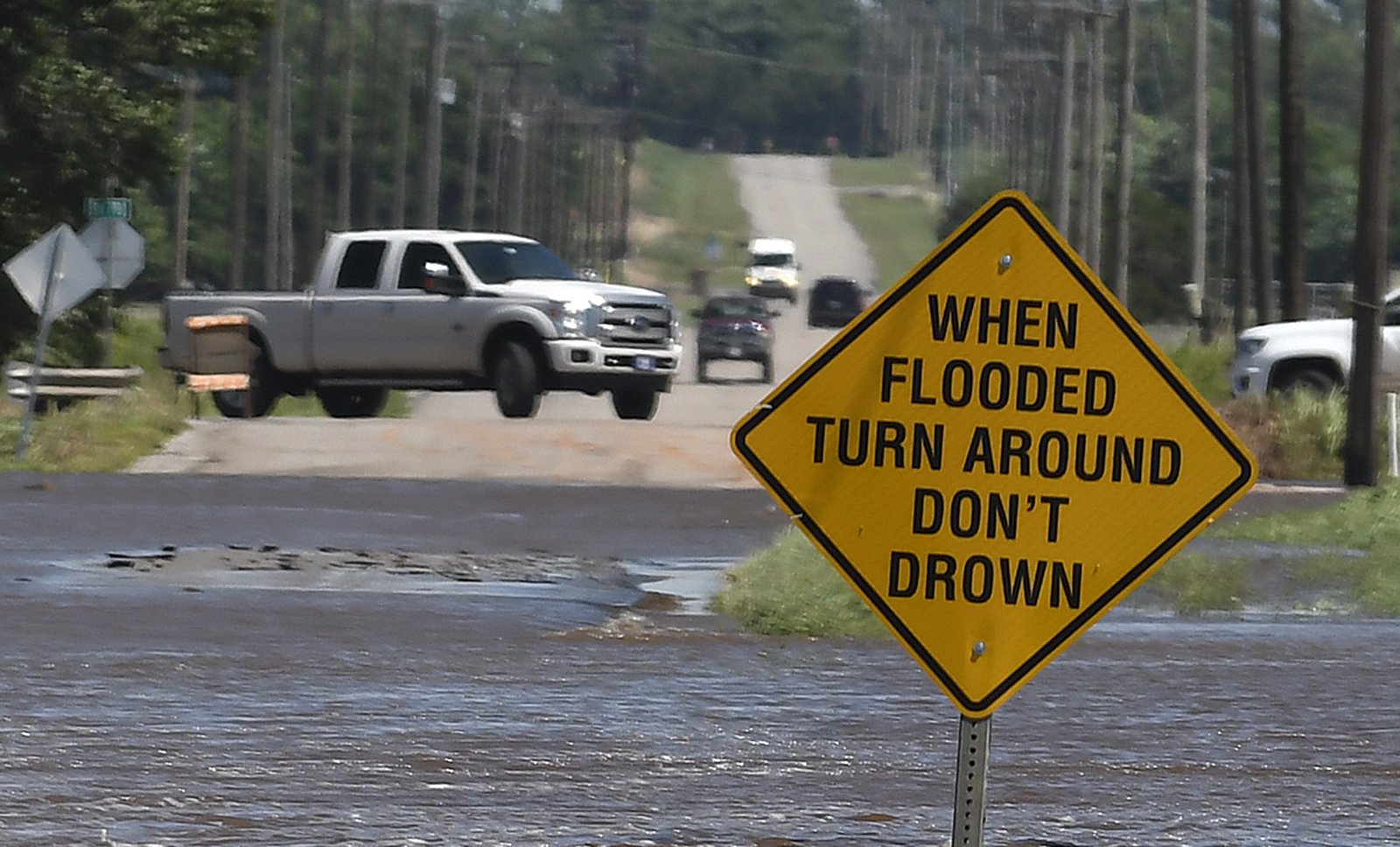 A strong band of storms brought more than 30 tornadoes across the central US, damaged homes in Oklahoma, demolished a racetrack grandstand in Missouri and drenched waterlogged states with more water and more flooding.

The severe weather started in the Southern Plains Monday night and moved to the northeast. Missouri and parts of Illinois and Arkansas were in the crosshairs Tuesday. By Wednesday, the storm will move into Great Lakes region, where it will weaken. But another storm system was gathering steam for later this week, potentially covering an area from Texas to Chicago, according to the National Weather Service.

Patrick Marsh, warning coordination meteorologist for the National Oceanic and Atmospheric Administration’s Storm Prediction Center, said eyewitnesses reported 26 tornadoes Monday and six more Tuesday. One, near Tulsa, was a mile (1.61 kilometer) wide with winds in the range of 111 mph (179 kph) to 135 mph (217 kph).

“It certainly isn’t anything to mess with,” Marsh said.

A tornado early Tuesday near Tulsa International Airport injured one person and damaged about a dozen homes. The airport was unscathed, but passengers were moved into shelters for about 30 minutes and several flights were delayed.

Storms Monday evening flipped campers at Lucas Oil Speedway in Hickory County, Missouri, injuring seven people, four of whom were taken to hospitals. The speedway’s grandstand also was destroyed, forcing cancellation of racing this weekend that was expected to draw about 3,000 campers.

Another twister Tuesday afternoon hit a hit a drive-thru wild animal park in southern Missouri. Webster County Emergency Management Director Tom Simmons said buildings were damaged at the Wild Animal Safari near Strafford, but there were no reports that people or animals were injured.

Simmons said about a half-dozen homes were damaged in the county. A tractor-trailer was blown off a highway.

Flooding was also an issue. The Oklahoma Department of Transportation shut down Interstate 40 in El Reno, about 25 miles (40 kilometers) west of Oklahoma City, because of high water. The National Weather Service says up to 5 inches (13 centimeters) of rain had fallen since Monday. In El Reno and Stillwater, home to Oklahoma State University about 55 miles (88 kilometers) northeast of Oklahoma City, emergency responders rescued people from their homes.

“The very heavy rainfall yesterday and today, combined with saturated soil and very high water levels on many rivers and streams have created dangerous conditions around the state,” Parson, a Republican, said in a statement.

With a potentially dangerous storm bearing down on St. Louis, baseball’s Cardinals were taking no chances, calling off a Tuesday night game against the cross-state rival Kansas City Royals. Forecasters were warning of potentially strong storms expected to arrive at downtown St. Louis shortly after the game was scheduled to start.

Heavy snow melt from the north and significant spring rains have led to waves of flooding in Missouri, and President Donald Trump on Monday issued a major disaster declaration for 13 counties in the state damaged by March flooding.

The Missouri River is expected to reach major flood stage by the end of the week at Jefferson City, Hermann, St. Charles and elsewhere. The levee near Jefferson City’s airport holds back water up to 30 feet (9.14 meters), Cole County Emergency Manager Bill Farr said, but the National Weather Service expects a crest of 32.3 feet (9.85 meters) Thursday. Sandbagging won’t help because the levee is too long, he said.