UNITED NATIONS, May 26 (Xinhua) -- The United Nations and relief partners reported on Wednesday at least 31 dead and hundreds feared missing, including more than 170 children, from the volcano eruption in the Democratic Republic of the Congo (DRC). 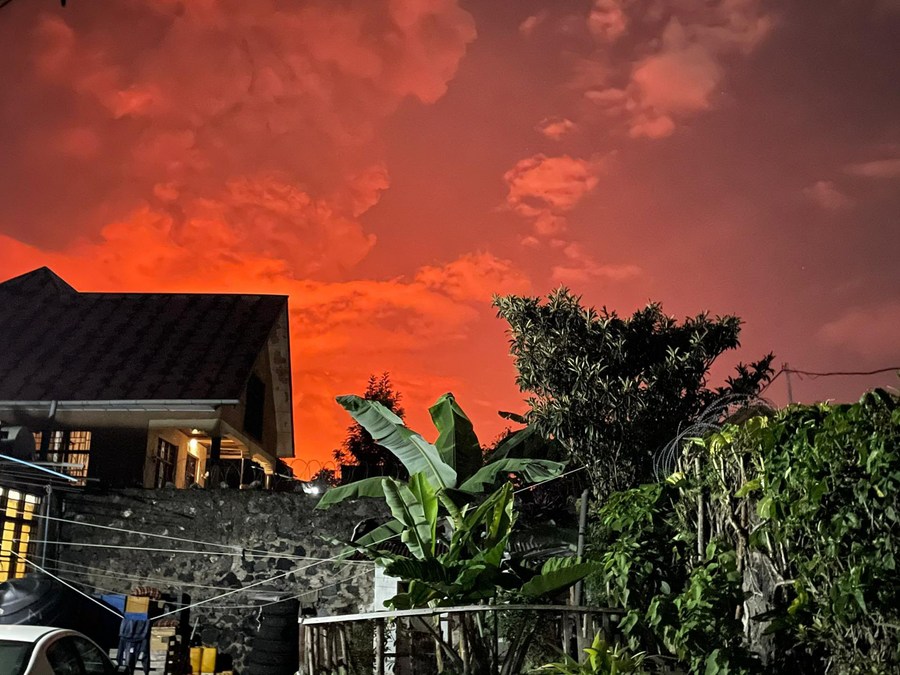 The UN Office for the Coordination of Humanitarian Affairs (OCHA) released the data in its first situation report on the disaster since Mount Nyiragongo erupted outside Goma on Saturday.

In the initial panic, 13 people died, mostly from traffic accidents, as they fled a lava stream headed toward the city, the office said. The death toll from the disaster has risen to 31.

OCHA tallied 40 adults missing during its needs assessment. The UN Children's Fund said more than 170 children are feared missing. More than 150 children were separated from their families during the evacuation.

The International Organization for Migration estimated 20,000 people are homeless.

Lava destroyed three villages outside and one neighborhood in the city of Goma. The lava stream stopped 300 meters short of the airport grounds. Because of volcanic ash, the airport is closed. Aid supplies are expected to be delayed by the closure, said OCHA.

"People have lost their possessions either in the rush to move, or burnt by the lava flow, or looted," OCHA said. "Cases of theft, particularly of motorbikes and other property left behind by displaced households, have also been reported."

About 2 km of lava blocks the Goma-Rutshuru road, the main food supply route for Goma, the capital of North Kivu province.

About 500,000 people have no electricity and water.

While the lava flow stopped, Earth tremors have not, OCHA said.

"The Rwandan seismic monitor recorded earthquakes reaching 5.1 magnitude originated from Lake Kivu in the Rubavu district," the humanitarians said. "These are causing cracks in buildings and place further stress on a population that is already traumatized."

A 2002 volcano eruption in eastern DRC killed about 250 people.