WORLD 32 killed as passenger bus falls into canal in India

32 killed as passenger bus falls into canal in India 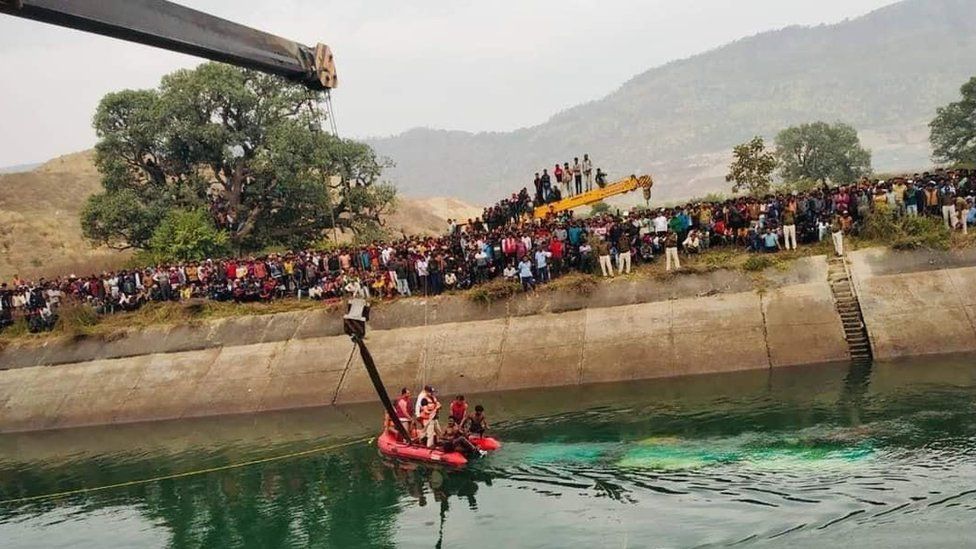 NEW DELHI, Feb. 16 (Xinhua) -- At least 32 passengers were killed and several others missing Tuesday after a passenger bus carrying them skidded off the road and fell into a canal in the central Indian state of Madhya Pradesh, officials said.

Seven people have been rescued.

The accident took place near Patna village in Sidhi district about 493 km east of Bhopal, the capital city of Madhya Pradesh.

According to officials, the bus after plunging into the canal submerged completely in water.

Following the accident, authorities rushed rescue teams to the spot to carry out searches for the missing.

"So far 32 bodies have been recovered from the canal and search for the missing is underway," an official at district magistrate office Sidhi said. "Seven people were rescued and search operation is underway."