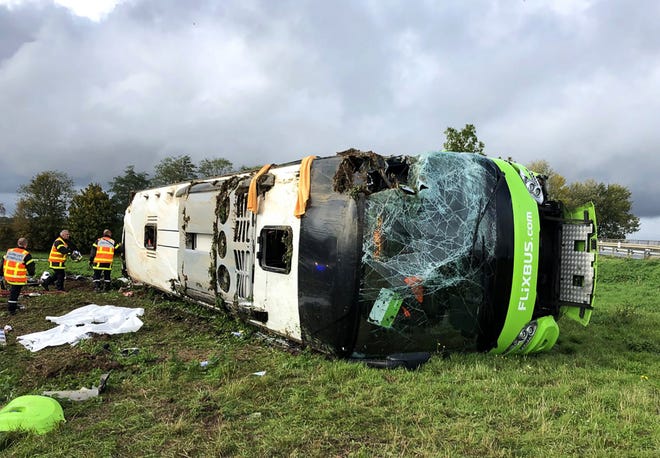 A bus went off the road on the French A1 motorway in the northern department of Somme, injuring 33 people, including 4 gravely wounded, French media reported on Sunday.

The bus, operated by FlixBus, lost balance while changing direction on a slippery road. It hit the crash barriers and overturned.

The bus, which routinely travels between London and Paris, had 32 passengers of different nationalities and one driver on-board at the time of the accident, according to authorities of Somme.

Emergency services dispatched more than 50 firemen and 10 ambulances. The injured were evacuated to nearby hospitals, local media Courrier picard reported.

One exit on the motorway was closed due to the accident. Traffic was disrupted shortly and then cleared later in the afternoon, it added.