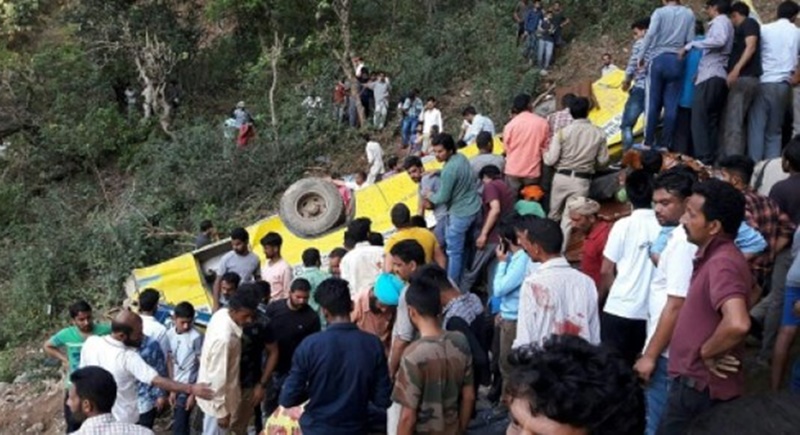 A bus carrying university workers plunged off a mountain road into a valley in western India on Saturday killing 33 people, police said.

Only one passenger is believed to have survived the accident in Raigad district of Maharashtra state.

The bus was taking staff of Dapoli Agriculture University to the popular hill station of Mahabaleshwar for a picnic, said a senior Raigad district administrator, Vijay Suryawanshi.

"We have confirmed 33 deaths and only one person managed to survive the bus crash. Our team is trying to recover the bodies," Anupam Srivastava, commander of India's National Disaster Relief Force, told AFP.

"The surviving passenger managed to alert officials about the deaths and the crash," he added.

Police said the slippery mountain terrain where the latest accident took place made the road a danger.

Accidents on India's notorious roads claim the lives of more than 150,000 people each year. Most accidents are blamed on poor roads, badly-maintained vehicles and reckless driving.

Earlier this month, 48 people were killed and many others badly injured in northern India when an overcrowded bus hurtled into a gorge in the Himalayan foothills.