At least 34 crew members aboard a cruise ship docked in the Japanese city of Nagasaki have tested positive for coronavirus, local authorities said on Wednesday. 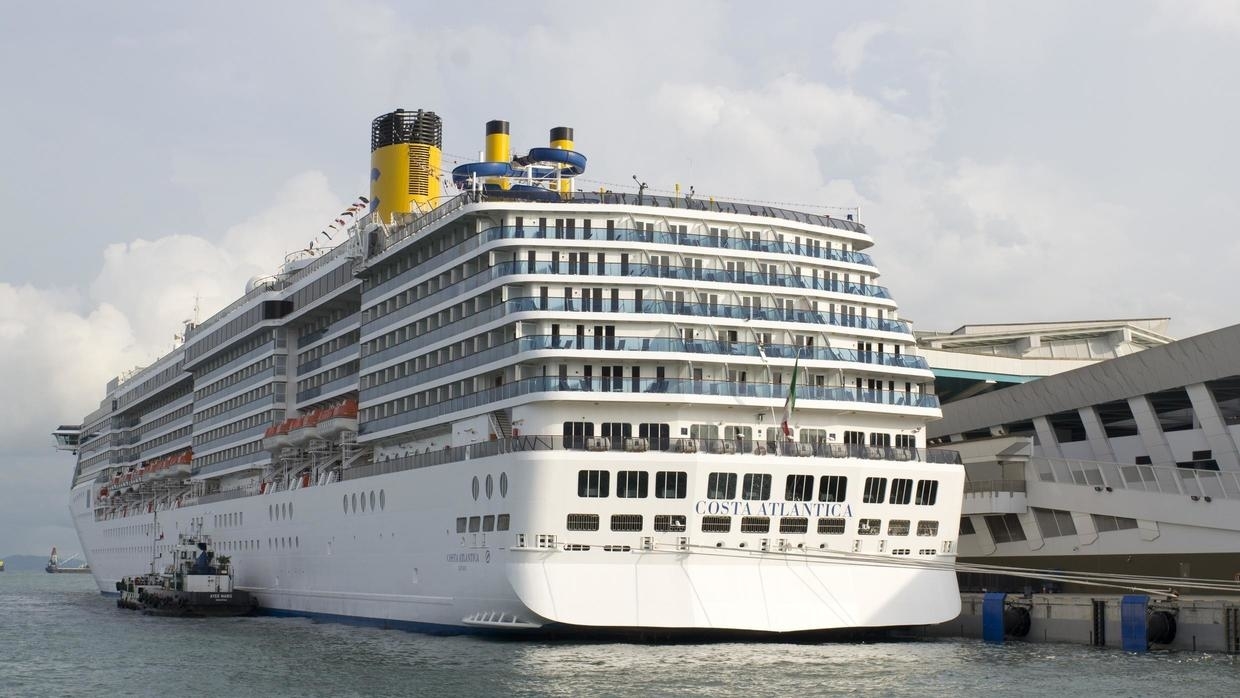 The Costa Atlantica first arrived in Nagasaki in January to undergo repairs, with several hundred crew on board. (Photo: AFP)

The Costa Atlantica first arrived in Nagasaki in January to undergo repairs, with top government spokesman Yoshihide Suga saying roughly 600 crew are on board.

Over the weekend, the ship's operator contacted local authorities seeking help to test suspected cases on board.

An initial four tests carried out on the ship revealed the first infection on Monday, with additional testing among 57 crew finding a total of 34 cases by Wednesday.

"Many infections have been confirmed on the ship," Nagasaki governor Hodo Nakamura told reporters on Wednesday.

"We hope that they will be able to go home in full health as soon as possible. We are asking the national government for help."

Nakamura said those infected and other crew members remain on the vessel, adding that its Italian operator has told local officials that crew members are self-isolating.

But at least 130 are on duty to maintain the ship's basic functions, Nagasaki officials added.

Japanese officials have not yet been on board, with testing carried out by medical personnel among the ship's crew using kits supplied by local medical facilities.

More planning time, equipment and trained personnel were required before they could board the ship, officials said.

The prospect of a big infection cluster on the ship comes months after Japan dealt with a massive outbreak on the Diamond Princess, a cruise ship that docked in Yokohama after a former passenger tested positive.

Japanese officials opted to carry out a much-criticized onboard quarantine that they argued would limit infections, but more than 700 people ultimately contracted the virus and 13 died.

Nagasaki officials said no one on board the Costa Atlantica was believed to be in serious condition so far.

Some are believed to have moved around inside Nagasaki city in recent weeks, including those returned home and new crews joining the ship.

"We have not yet decided exactly how many and how we will administer PCR tests (to detect the infections)," said Katsumi Nakata, chief of the regional government's health and welfare department.

"We have to be careful and do it gradually. We have to be fully protected (to take samples from crew members) when we have so many people."

Motoi Suzuki of Japan's National Institute of Infectious Diseases said it was "unrealistic" to test the entire crew at once and called for calm.

Overall, Japan has seen a relatively small outbreak compared to parts of Europe or the United States, with around 11,500 infections and 277 deaths recorded so far.

But a recent jump in infections has caused concern, put pressure on local healthcare facilities and prompted the government to declare a month-long state of emergency that will run until May 6.