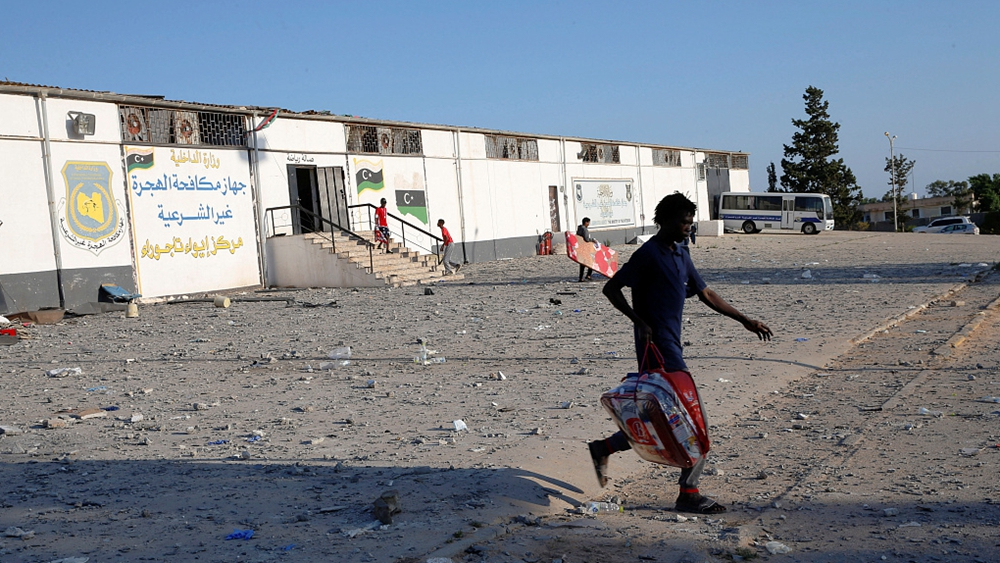 A migrant carries his belongings at a detention center for mainly African migrants in the Tajoura suburb of Tripoli, July 3, 2019. (Photo: VCG)

The deported immigrants were infected with AIDS and hepatitis, Alwasat said.

The illegal immigrants were deported through the Egyptian border, after they were arrested a few days ago in the city when the Municipal Council of Tobruk demanded authorities "immediately deport any expatriate carrying an infectious disease."

Thousands of illegal immigrants, mostly Africans, choose to cross the Mediterranean Sea toward Europe from Libya, which has been mired in insecurity and chaos ever since the fall of its former leader Muammar Gaddafi in 2011.

Shelters in Libya are crowded with thousands of migrants rescued at sea or arrested by Libyan security services despite international calls to close them.

According to the International Organization for Migration, more than 8,600 illegal immigrants have been sent to detention centers in Libya this year, where the United Nations documented "unacceptable conditions, violations of human rights and disappearances."