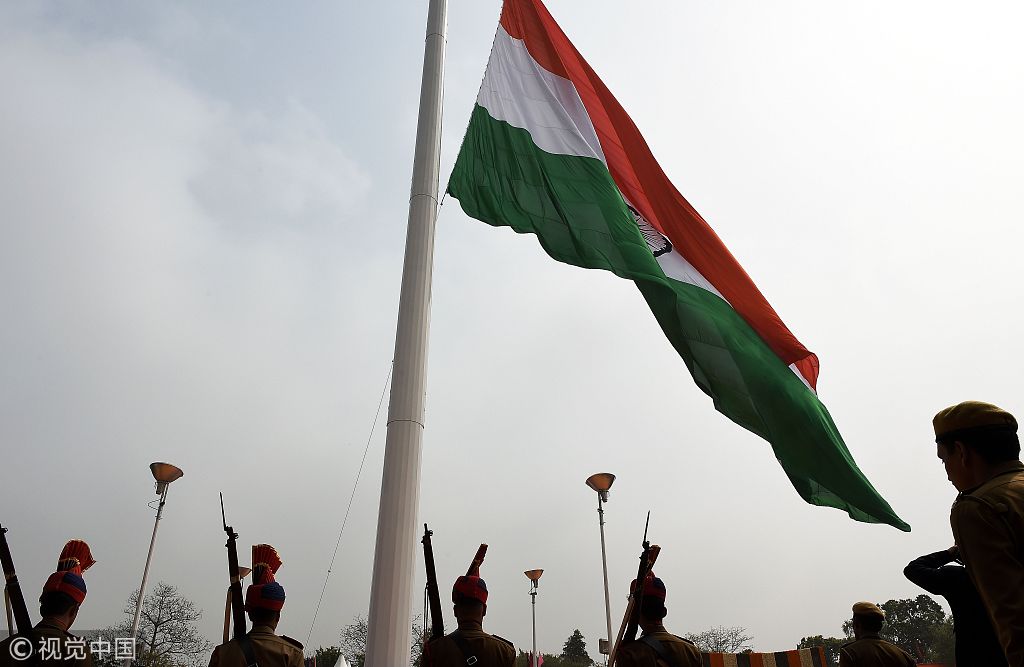 The national flag of India. (Photo/VCG)

NEW DELHI - At least 35 people have been killed after a passenger bus plunged into a deep gorge in the northern Indian state of Uttarakhand, police said Sunday.

The accident occurred on the Pipali-Bhoan motorway in Pauri Garhwal district, some 200 km from the state capital of Dehradun.

"The bus carrying some 45 people skidded off the mountain road and fell into the 60-feet-deep gorge. While 35 people died on the spot, five others were injured," a police official said.

The death toll may rise as the condition of four injured are said to be serious, he said.

Local TV channels reported that the National Disaster Response Force has rushed to the spot to help the police in rescue operations.

A probe has been ordered into the incident, the official added.