WORLD 36 killed, over 70 injured in train collision in southern Pakistan

36 killed, over 70 injured in train collision in southern Pakistan 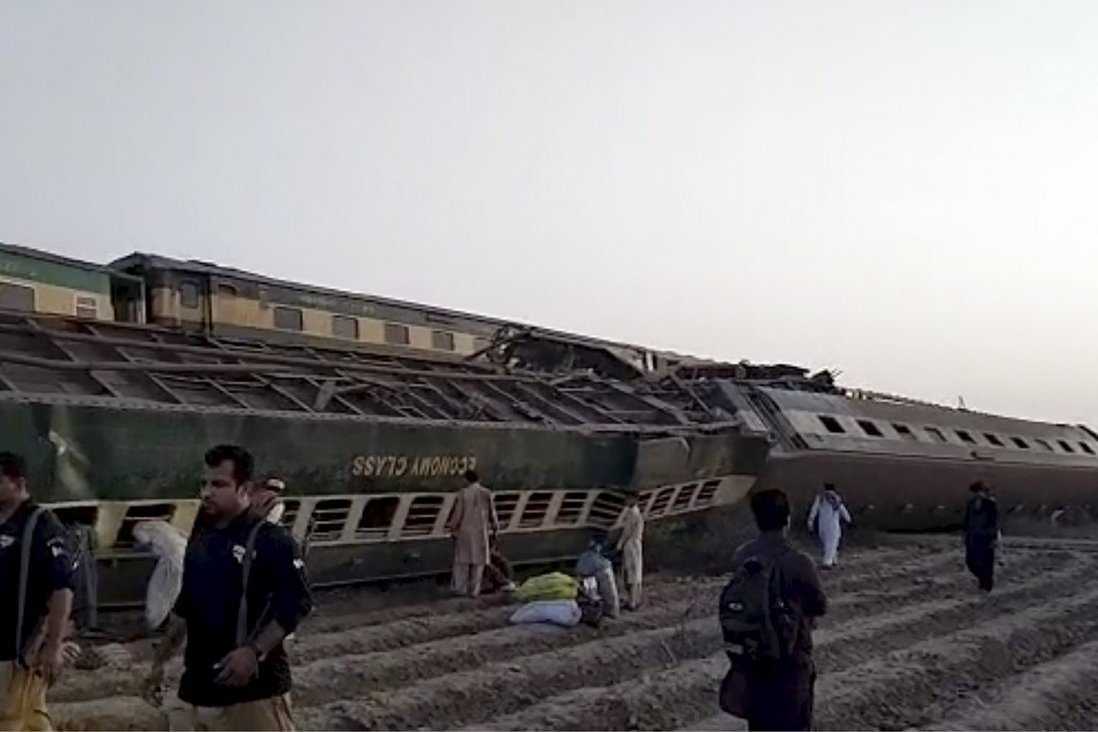 Spokesperson of the Pakistan Railways Nazia Jabeen told Xinhua that the collision took place between Millat Express and Sir Syed Express between Raiti and Ubauro areas of the district.

According to the spokesperson, at least eight of the total 14 derailed compartments of the two trains got serious damage, leaving the driver of the Sir Express and two police personnel dead.

There were over 700 passengers in the Millat Express and 504 in the Sir Syed Express, added the spokesperson.

Following the accident, locals and rescue teams rushed to the site and pulled out the bodies and injured from the coaches and provided them with first aid.

Divisional Transport Officer of Pakistan Railways in Sukkur division Sajjad Wagho told Xinhua that a relief train has also reached the nearby station to shift the bodies and injured people to hospitals.

Local administration has imposed a state of emergency in all hospitals in the district and urged people to donate blood for the injured people.

Local media quoting rescue officials reported that the death toll might further rise because several of the wounded are in critical condition, fearing that some bodies might be present in the compartments.

A rescue official told media that they have shifted up to 70 injured to hospitals and gave first aid to over three dozen others who had minor wounds.

A passenger who was traveling in one of the trains told media that several people are still trapped in the damaged compartments.

Personnel of Pakistan Army and Rangers, a paramilitary force, have also reached the site with their heavy engineering machinery to cut the compartments to search for bodies and injured.

The Inter-Services Public Relations, the media wing of the Pakistan army, said in a statement that Army and Rangers troops, including medics and engineers, are carrying out a speedy relief and rescue operation.

Pakistani Prime Minister Imran Khan said on his Twitter account that he was shocked by the horrific train accident, adding that he has asked the railway minister to reach the site and ensure medical assistance to the injured and support for families of the dead.

The prime minister also said that he has ordered a comprehensive investigation into railway safety fault lines.