COLOMBO, July 15 (Xinhua) - Thirty six percent of the population above the age of 30 years in Sri Lanka have been administered with at least one dose of a COVID-19 vaccine, Health Promotion Bureau (HPB) Director Ranjith Batuwanthudawa was quoted by local media as saying on Thursday. 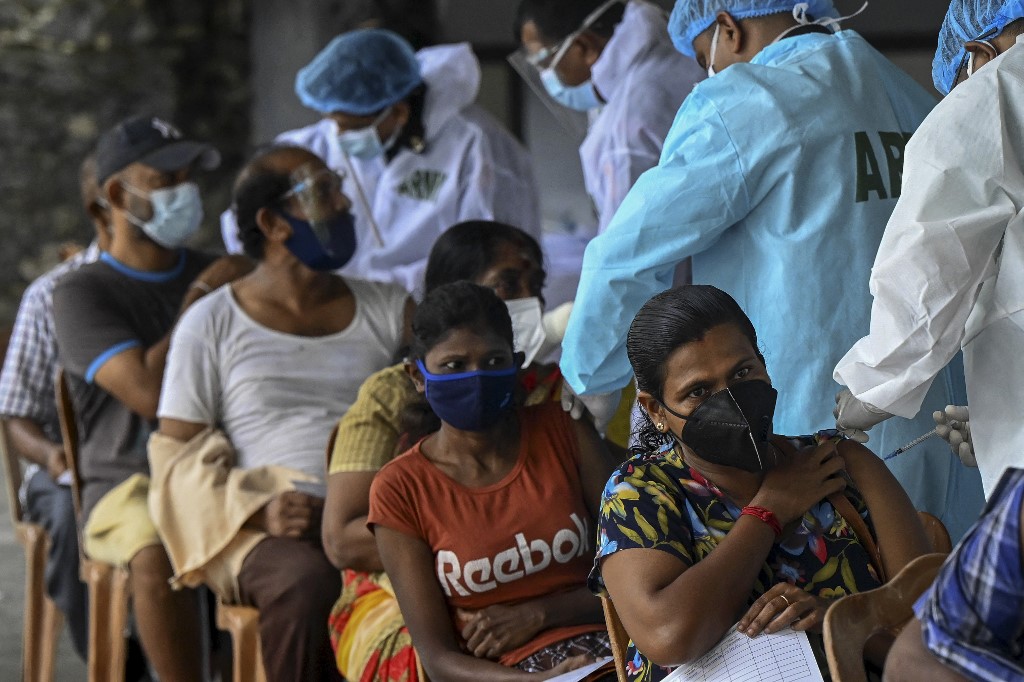 Army health officials inoculate people with the dose of the Sinopharm vaccine against the Covid-19 coronavirus at a camp held in Colombo on July 15, 2021. (Photo: AFP)

In capital Colombo, one of the worst affected by the virus, 70 percent of the target population have received the first dose of the vaccine, while 25 percent have received both doses, Batuwanthudawa said.

"Considering the other two districts in the Western Province, 66 percent in the Gampaha district were given the first dose while 21 percent have received both the doses," Batuwanthudawa said.

Rajapaksa said the amount of coronavirus vaccines scheduled to be received in July will be made available to the public, and the districts identified as high-risk areas for spreading the coronavirus will be given priority in vaccine distribution.