At least 37 people were killed and about 5,000 others displaced in northeastern Brazil due to heavy rainfall, authorities said Saturday. 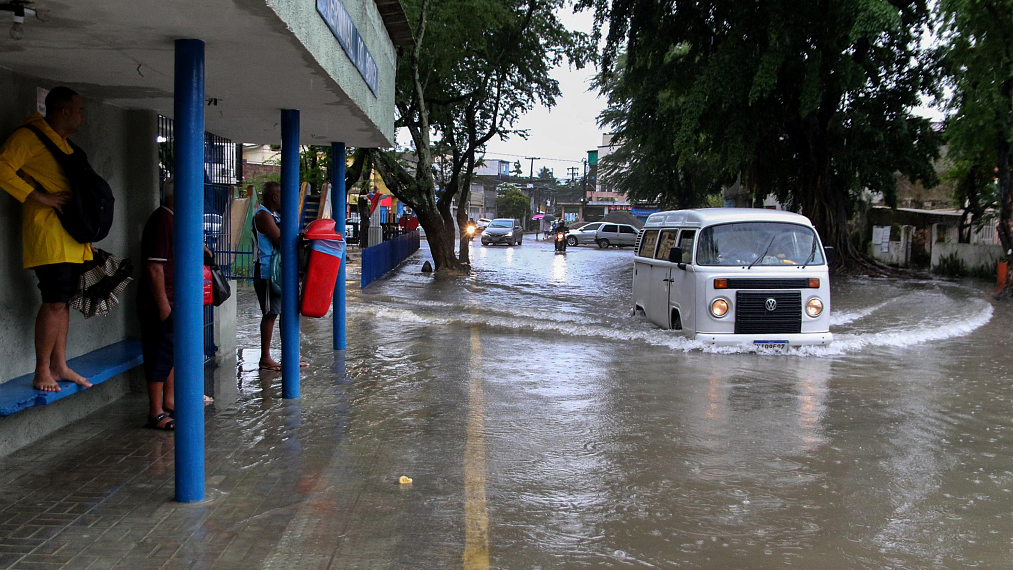 A woman stands on a bus stop bench as a driver of a van navigates a flooded street in Recife, Pernambuco state, Brazil, May 28, 2022. (Photo: CFP)

Recife, the capital of northeastern Pernambuco state, is the most affected: 35 people died and about 1,000 others fled their homes, according to the local Civil Defense.

In Alagoas state, two people were killed in the rains, with more than 4,000 residents evacuated.

Meanwhile, secondary disasters triggered by the heavy rainfall also caused casualties. On Saturday, 20 people were killed in a landslide in Recife, while six others died in another landslide in the nearby city of Camaragibe.

According to the Pernambuco Water and Climate Agency, Recife recorded 150 mm of precipitation on Saturday, while Camaragibe registered 129 millimeters.

In late December and early January, dozens were killed and tens of thousands displaced when rains hammered Bahia state, also located in northeastern Brazil. At least 18 died in flooding in the southeastern state of Sao Paulo later in January. In February, torrential downpours in the mountains of Rio de Janeiro state killed over 230.

While much of Brazil spent the majority of 2021 in a severe drought, unusually intense rains started to arrive in the final months of the year.

The often-deadly flooding that followed has provoked debate over the potential role of climate change in Brazil's volatile weather pattern and has focused attention on the nation's often-haphazard urban planning.

Brazilian President Jair Bolsonaro was putting together a federal task force to send to Pernambuco on Saturday, according to local media.