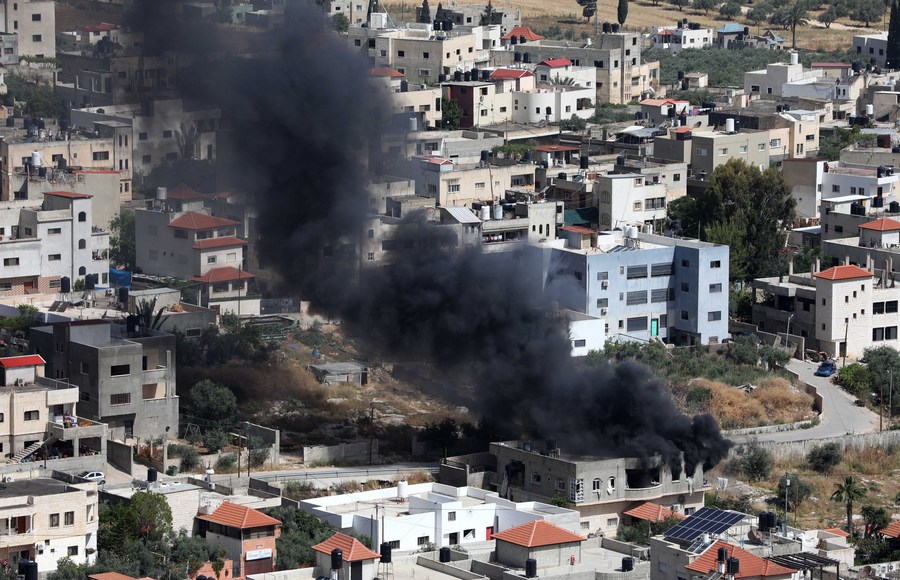 RAMALLAH, Sept. 10 (Xinhua) -- At least 37 Palestinians were injured Friday during clashes with Israeli soldiers in the West Bank city of Nablus, Palestinian medics and eyewitnesses said.

The Palestinian Red Crescent Society said in a statement that among the injured were three shot by live ammunition and nine by rubber bullets, while the others inhaled teargas fired by Israeli soldiers.

Fierce clashes broke out between anti-settlement protesters and Israeli soldiers in the villages of Beita and Beit Dajan, south and east of Nablus city, and in the village of Kafr Qaddum, east of Qaqilya city, said Palestinian eyewitnesses.

The protesters burned tires and threw stones at the Israeli soldiers stationed on the perimeters of the villages, they said.

Israeli authorities have not commented on the incidents yet.

In the June 1967 Middle East war, Israel occupied the West Bank, the Gaza Strip and East Jerusalem, which are claimed by the Palestinians, and has controlled the areas ever since.

Tension in the West Bank has been mounting over the past few days after the Israeli army intensified its military actions against Palestinian militants and activists.