DHAKA, Dec. 24 (Xinhua) -- At least 38 people were killed and 100 others wounded when a ferry caught fire in Bangladesh's Jhalokati district, about 200 km south of capital Dhaka early Friday, a senior official said. 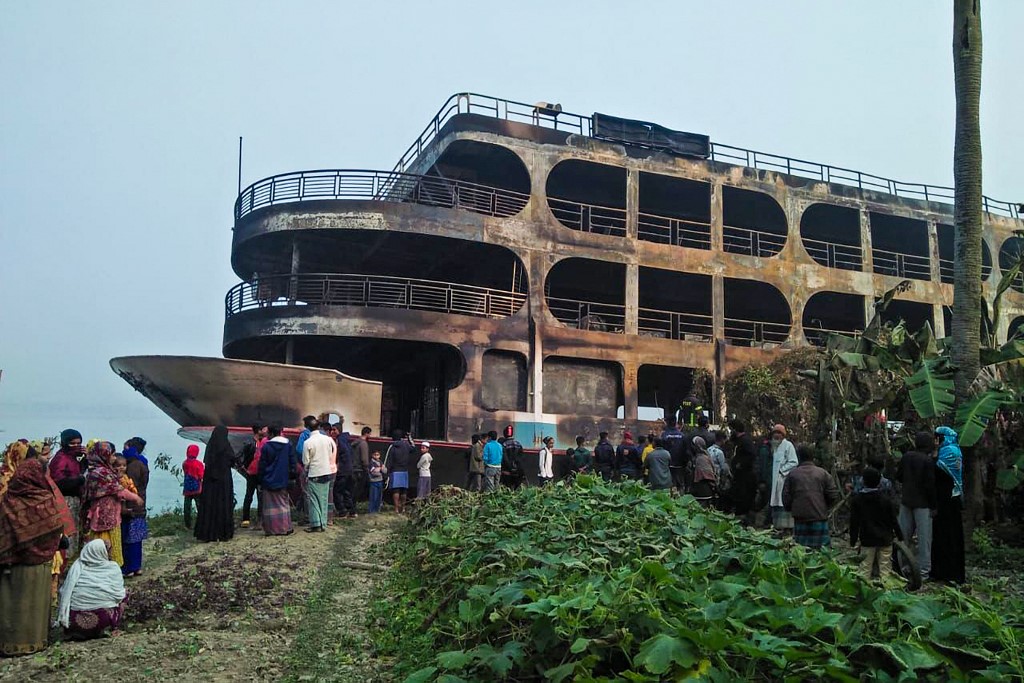 He said the fire broke out in the engine room at about 3:00 a.m. (local time) Friday due to a technical glitch, forcing the Barguna-bound "MV Abhijan-10" vessel to drop anchor on the banks of the Sugandha river.

"Thirty-eight bodies have so far been recovered following the fire accident," he told Xinhua over the phone.

Most of the passengers were asleep when the accident occurred, said the official.

He said a search operation is still underway for the unknown number of people missing.

"We've come to know that the ferry was carrying about 1,000 passengers," he said, adding that it has been dragged to the bank.

Survivors told local media that many of the passengers jumped into the river to swim ashore in a desperate bid to save their lives as the devastating fire ripped through the vessel for about three hours.

No deaths of foreign nationals have yet been reported.

The vessel was reportedly excessively overloaded.

The ferry services in Bangladesh, a key means of transport in the country, usually do not maintain a list of passengers and none can exactly say how many passengers are aboard a ferry.