38 killed in attacks on Mali villages

Thirty-eight people were killed and many others wounded in attacks on two ethnic Dogon villages in central Mali, the government said Tuesday, in the latest in a cycle of violence in the volatile West African country. 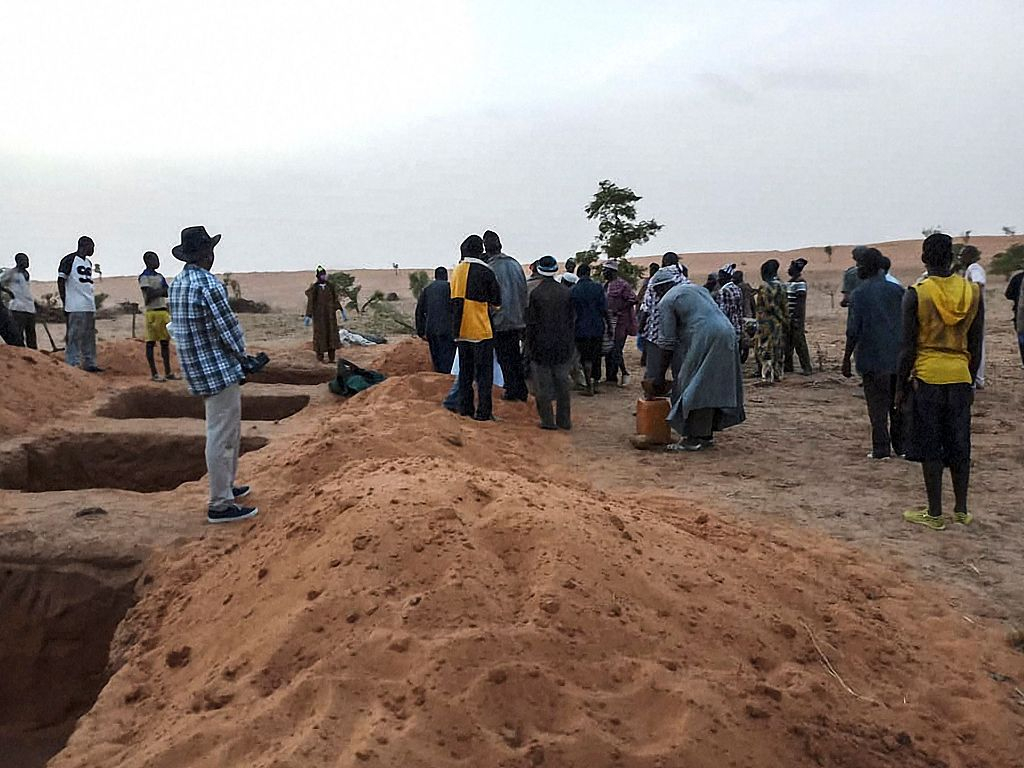 Officials and residents stand near freshly dug graves in the Dogon village of Sobane-Kou, near Sangha, Mali, June 11 , 2019. (Photo: VCG)

No group immediately claimed responsibility for Monday's attacks but Mali has seen a spate of massacres this year between ethnic Dogon and Fulani communities.

"The terrorist attacks on Monday evening targeted the villages of Gangafani and Yoro...not far from the border with Burkina Faso. The official provisional toll is 38 dead and numerous people wounded," the Malian government said in a statement.

"Defense and security forces have been dispatched to the location to protect the population and their property and to track down the assailants of these attacks," the statement added, revising upwards an earlier toll of 14 dead.

Goundjou Poudiougou, a local community official, said around a dozen bodies had been counted in both villages.

"They are terrorists because they killed and then disemboweled some bodies and burned crops," said Poudiougou.

Earlier this month, a massacre on another Dogon village, Sobane Da, killed 35 people, stirring fears of tit-for-tat attacks in a region with an ethnic patchwork.

"This time is the same as Sobane Da: People and animals targeted," said Adama Dionko, a spokesman for Mali's Dogon association.

"We demand the state give us more security."

Mali's armed forces also reported on Twitter that an army patrol Tuesday was ambushed at Gossi in the north of the country and suffered both "human and material losses."

President Ibrahim Boubacar Keita has appealed for an end to the revenge attacks after he visited the site of the Sobane Da massacre.

But despite military help from France and the United Nations, Mali's government is struggling to calm violence that began in the north of the country in 2012, sparked by radical Islamist and Tuareg militias.

Earlier this year, 160 Fulani were killed in the bloodiest raid on a village by suspected militiamen from a rival ethnic group.

The UN peacekeeping mission in Mali, MINUSMA, said in May that it had recorded nearly 500 deaths in attacks on Fulanis in the central regions of Mopti and Segou since January 2018.

Armed Fulanis caused 63 deaths among civilians in the Mopti region over the same period, it said.

The Fulani are primarily cattle breeders and traders, while the Bambara and Dogon ethnic groups are traditionally sedentary farmers.

Unrest in the central region coincides with an ongoing jihadist campaign that the Mali government is struggling to contain.