WORLD 4,000 may have died in UK care homes in one week, report claims

4,000 may have died in UK care homes in one week, report claims 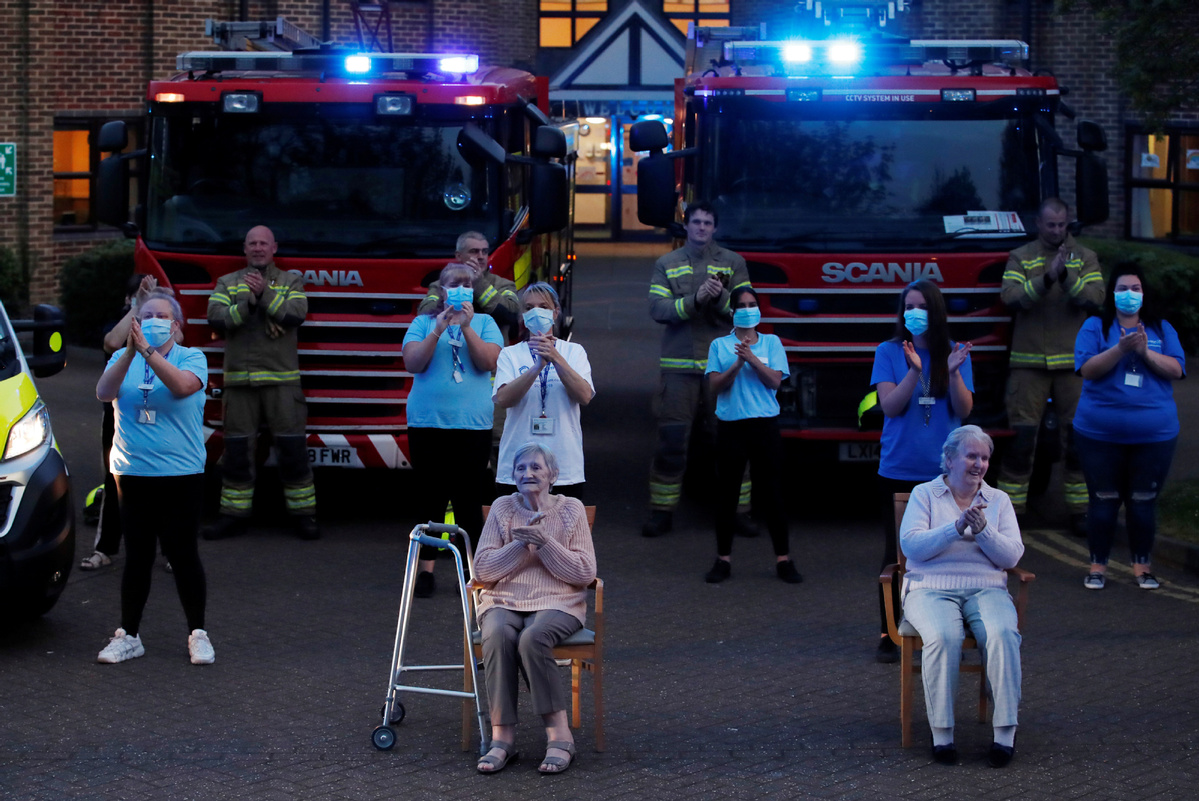 Workers and residents of Beane River View Care Home, in Hertford, Britain, applaud with police officers and firefighters last week as part of the Clap for Carers campaign in support of NHS staff and key workers, as the novel coronavirus crisis continues. (Photo: Agencies)

It now looks as though many more elderly people with novel coronavirus have died in United Kingdom care homes than first thought, according to a group that represents not-for-profit providers.

The National Care Forum, which is also known as the NCF, believes at least 4,000 elderly and disabled people died in a single week in the nation's residential and nursing homes.

The most up-to-date government figures put the total number of deaths in care homes at 217, as of April 3.

"Our current national debate on how to mitigate and exit this crisis is virtually entirely centered on the management of the peak within hospitals," the BBC quoted her as saying. "We are overlooking how this crisis is playing out in other settings, which are there to protect those who are most vulnerable to the impact of the virus."

The NCF made its claim in a report released against the backdrop of opposition politicians and pressure groups in the UK calling on the government to ensure deaths in care homes are included in the official daily update of virus-linked deaths.

Previously, the government has said care home deaths are being recorded, but that the process for recording them is slower that the process to record hospital deaths and cannot, therefore, be incorporated into the daily total.

Virus-related deaths in care homes, hospices, and private homes are measured separately to hospital deaths and released each week by the Office for National Statistics.

But the NCF says, in addition to the delay in the government issuing data from care homes, the discrepancy between official figures and its own estimates suggest there may be a major fl aw in the official data.

The organization came up with its estimate of 4,000 deaths in one week after collecting information from care homes it represents, which look after more than 30,000 people in the UK. Those 30,000 people equate to around 7.4 percent of the total number of people in such institutions in England and Wales.

The report claims that, if the 299 virus-related deaths at NCF care homes between April 7 and April 13 were to be extrapolated to represent the entire population of UK care homes, around 4,040 people with novel coronavirus-caused COVID-19 would have died in care homes that week.

Other organizations in the care sector have released their own sobering estimates of the scale of the problem recently. Care England, which represents large providers in England, said it had recorded 7,500 more deaths than usual in its care homes during the past two weeks. While health consultancy Candesic conducted research for the Financial Times that found care home deaths totaled at least 6,000.

The Care Quality Commission, England's health and social care regulator, has said it wants to clear up the confusion around just how many people are dying in the UK's care homes and is working to "provide more detailed information".