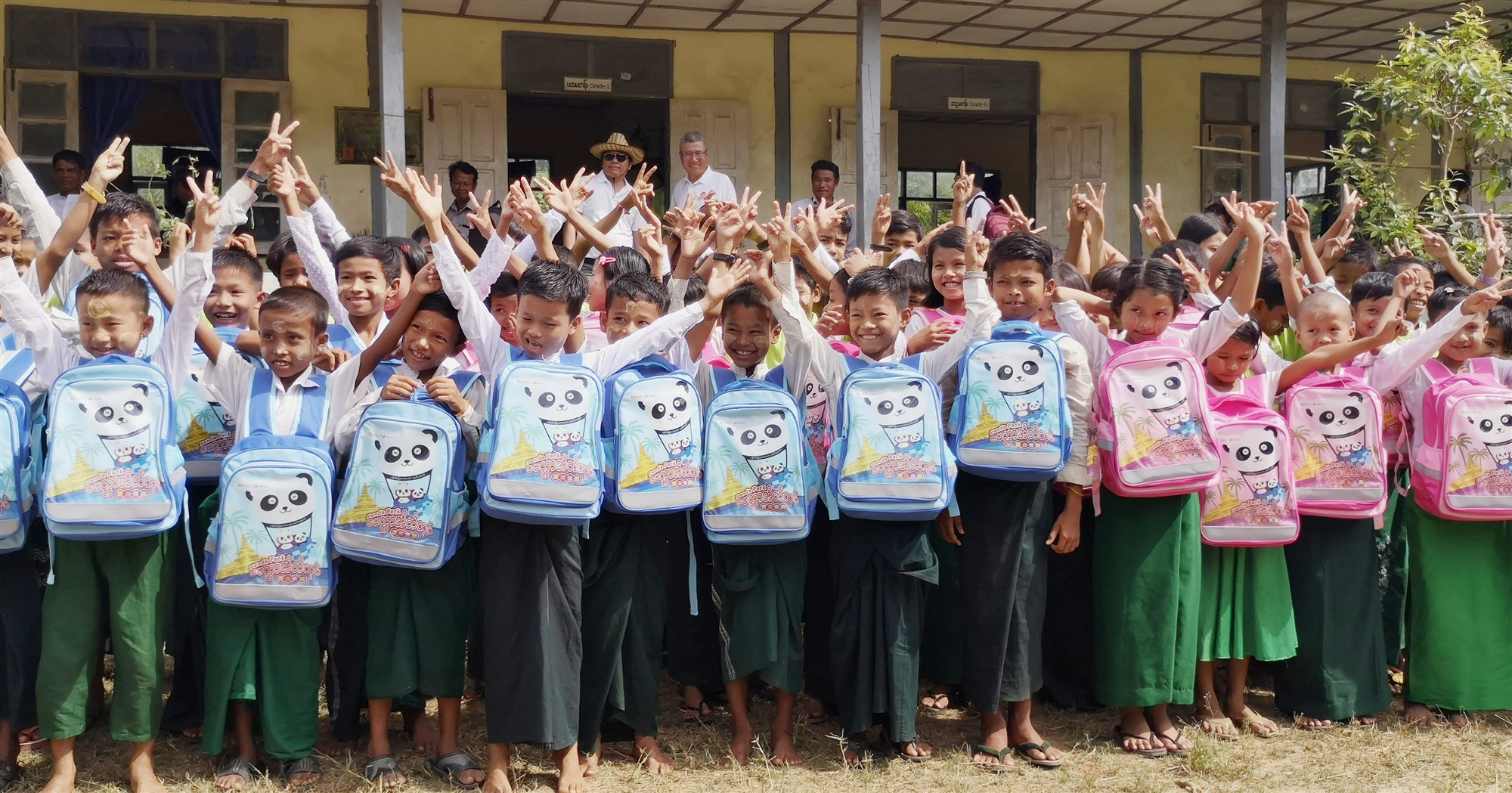 Each Panda Pack is composed of one schoolbag and stationery.

In collaboration with the China Foundation for Poverty Alleviation (CFPA), CITIC Consortium launched the Panda Packs and T-shirts donation program in Kyauk Phyu Township in December 2018, when the first batch of 3,000 Panda Packs and 3000 T-shirts were donated to students from 31 grade schools.

“The panda is a lovely animal from China and a symbol of the country, and the hospitality of its people. We hope the boys and girls would enjoy the Panda Pack and the cartoon image on it,” said CITIC Myanmar's Deputy Managing Director Frank Ma Chuanfu in his speech at a grade school in Kyau Phyu Township, Rakhine State. By providing stationery and equipment, CITIC Consortium hopes to improve the basic educational conditions in Kyauk Phyu. “We will continue to distribute the next batch of 2,000 Panda Packs and T-shirts to local schools in the new year”, he added. 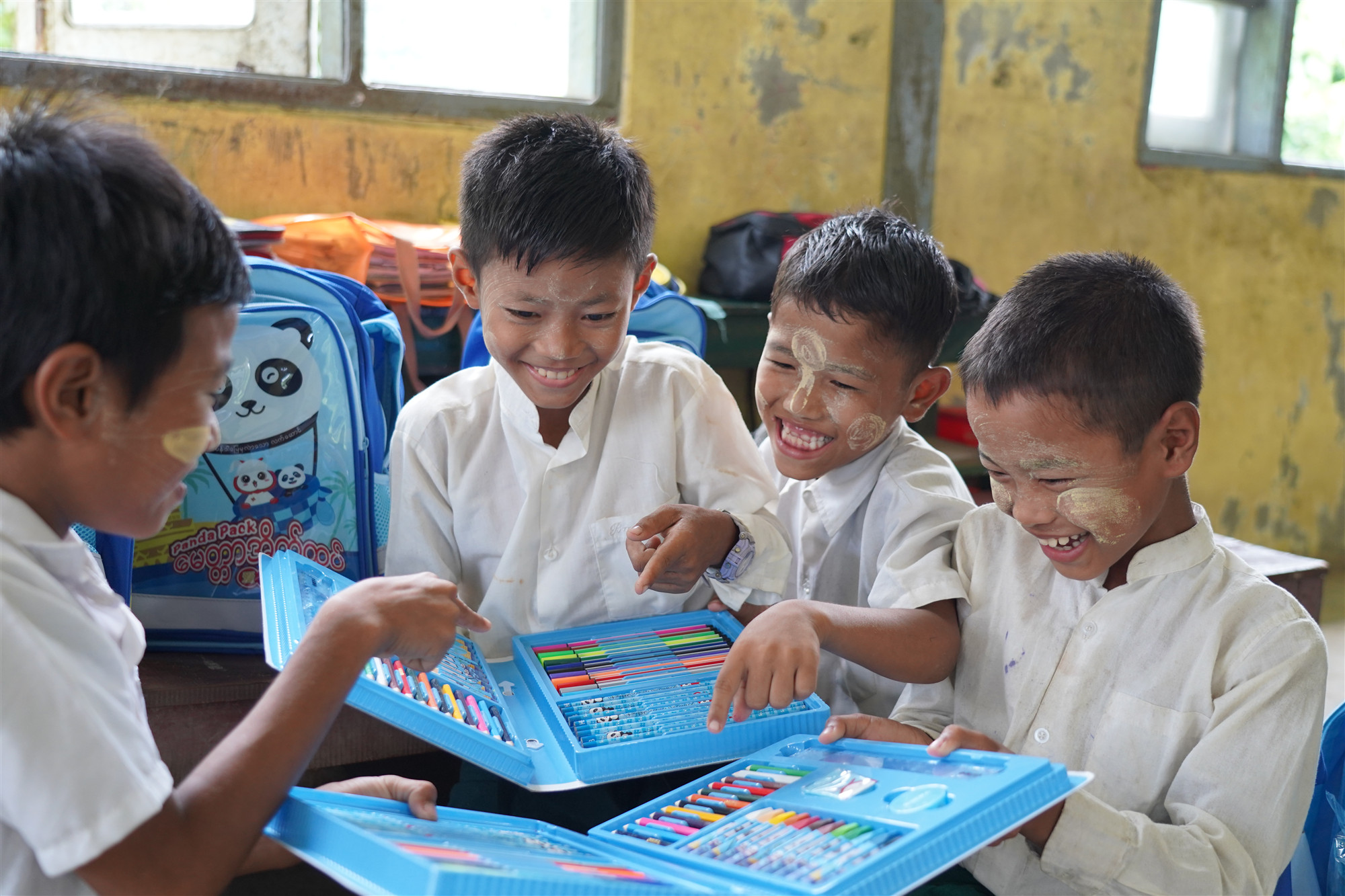 Besides the Panda Pack and T-shirts, CITIC Consortium has already undertaken a number of corporate social responsibilities programs for Kyauk Phyu in recent years, such as donating 1.5 million dollars for a Village Fund for 50 villages, donating aid supplies and helicopter rescue service, 500,000 dollars for flood disease in 2015, the Kyauk Phyu Youth Training Center in 2018 and funding and organizing electrician skills and English language training programs. 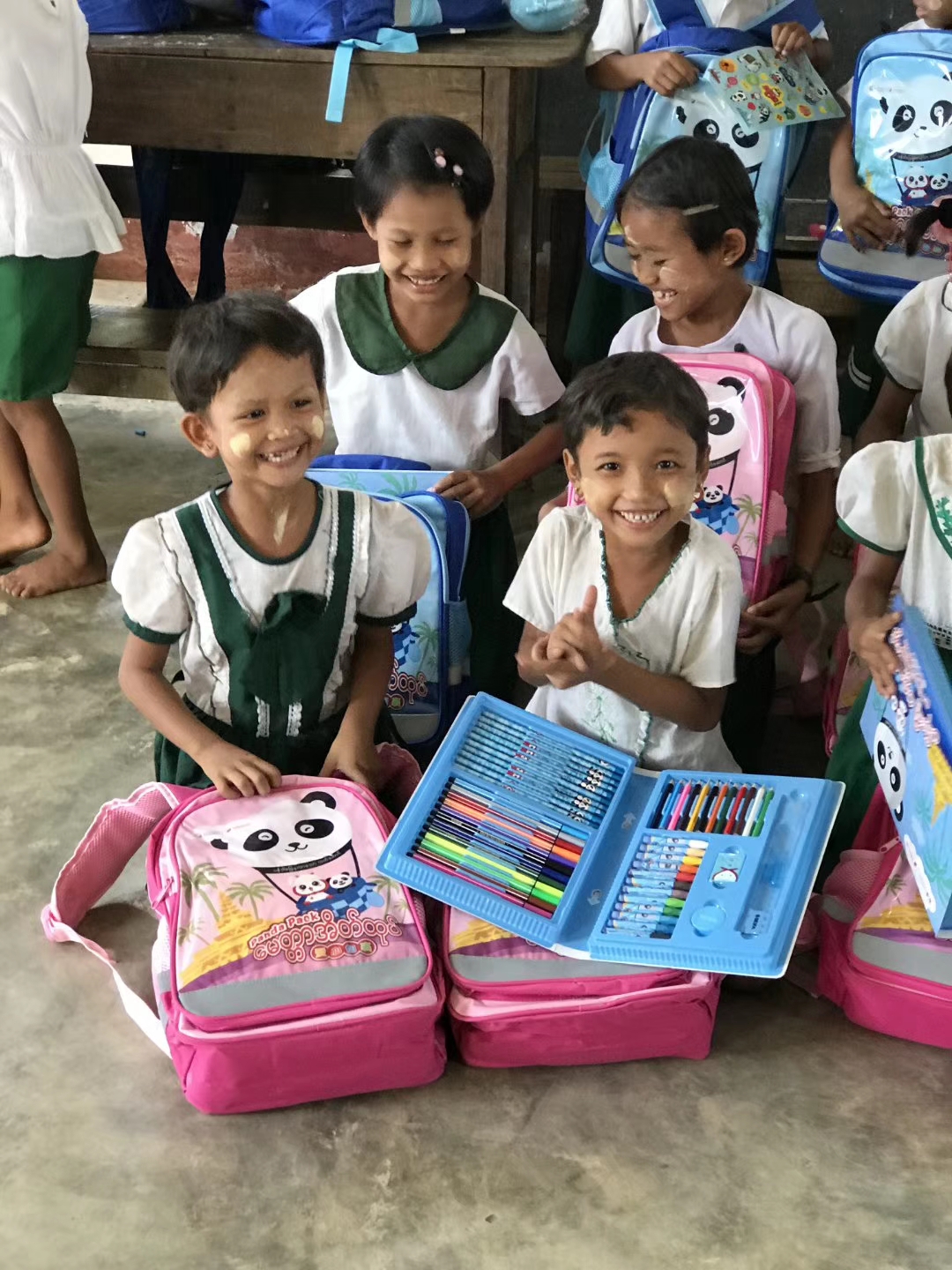