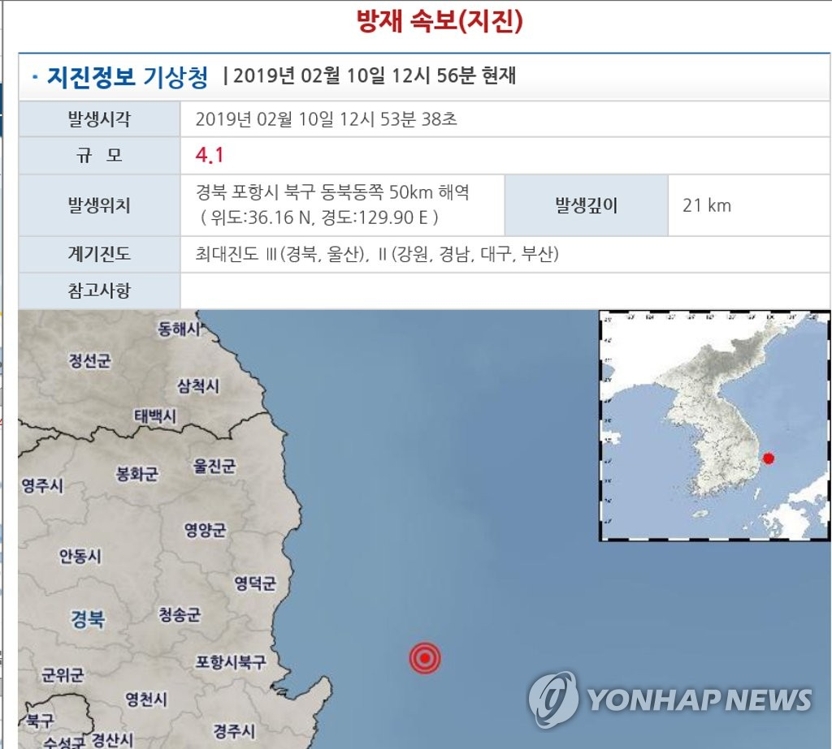 A KMA official was quoted as saying the magnitude was higher than usual although no damage has been reported yet because of the distance between the epicenter and land.