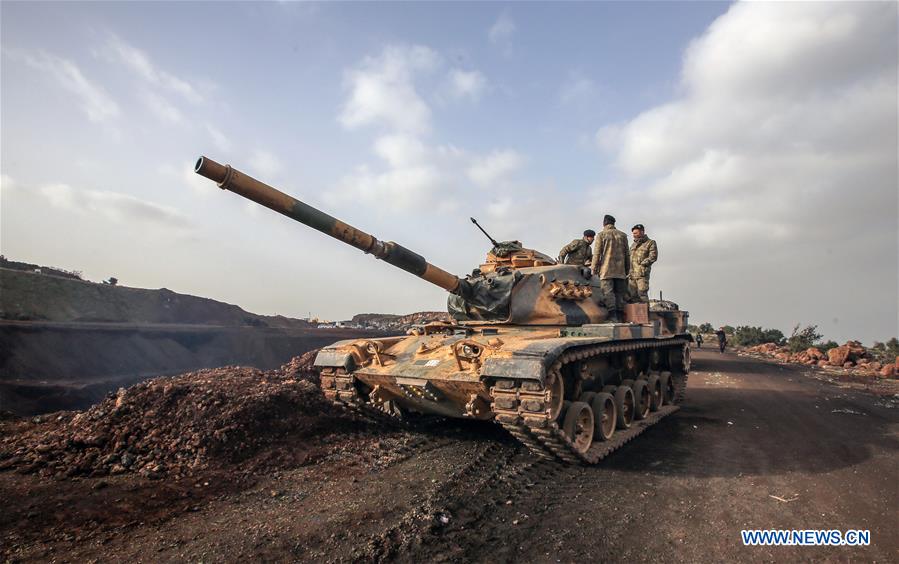 DAMASCUS, March 16 (Xinhua) -- A total of 4,440 Turkish military vehicles and 9,450 Turkish soldiers have been sent to Syria's northwestern province of Idlib since February, a war monitor reported on Monday.

The Syrian Observatory for Human Rights said that 60 vehicles and tanks entered areas in Idlib on Monday alone.

The Britain-based watchdog group said the Turkish military gears and soldiers are deployed in Turkish observation points in Idlib, as part of the de-escalation zones' deal established with Russia two years ago.

The recent entry comes in the wake of the recent cease-fire that was agreed upon by Turkey and Russia earlier this month.

The observatory said that 1,040 Turkish vehicles and hundreds of soldiers have entered Idlib since the cease-fire deal was established on March 5.

According to the new Russian-Turkish understandings, the M4 highway linking the northwestern province of Latakia with the northern province of Aleppo was supposed to be open.

However, pro-rebels people on Monday cut off the road and prevented a joint Turkish-Russian patrol from passing, the state news agency SANA reported.

SANA added that the rebels had detonated a bridge on the M4 highway and were forcing people to set up tents on the road to prevent the joint patrols from passing.