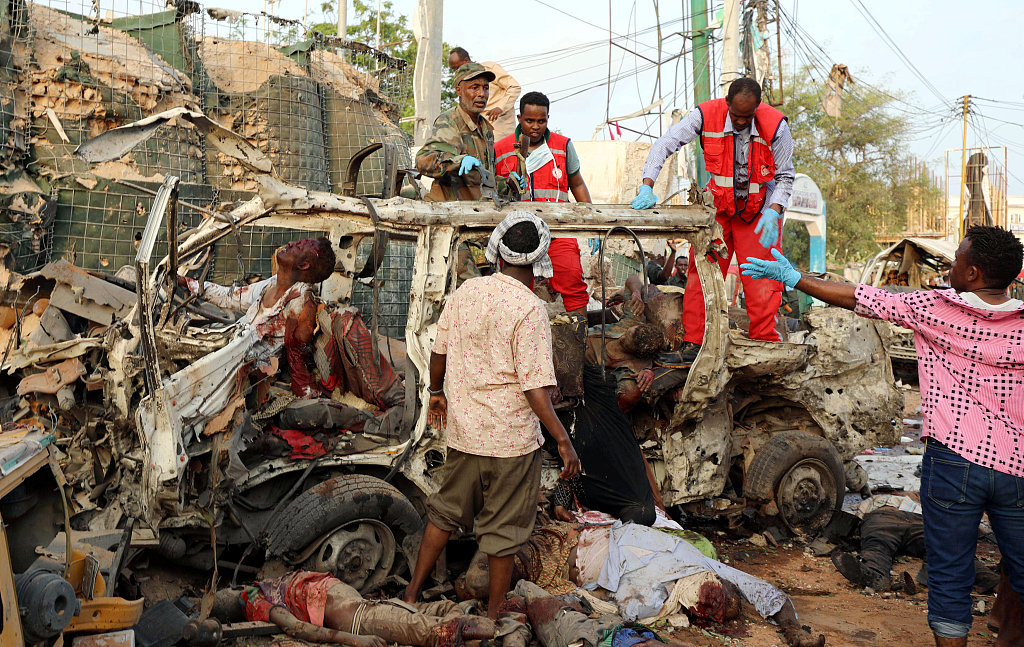 After the three explosions in front of the hotel, a fourth blast hit as medics attempted to rescue the injured.

The suicide bombs detonated near the perimeter wall of the Sahafi Hotel, which is located across the street from the Somali Police Force’s Criminal Investigations Department, said Capt. Mohamed Hussein.

Some of the victims were burned beyond recognition when one car bomb exploded next to a minibus, he said.

Somali security forces shot dead four gunmen who tried to storm through a hole blown into the hotel’s wall but did not succeed in entering, he said.

“Although they failed to access the hotel, the blasts outside the hotel killed many people,” said Hussein.

“The street was crowded with people and cars, bodies were everywhere,” said Hussein Nur, a shopkeeper who suffered light shrapnel injuries on his right hand. “Gunfire killed several people, too.”

Among the dead was the manager of the Sahafi Hotel, whose father was the owner of the hotel before he was killed in an al-Shabab attack on establishment in 2015, said police Capt. Hussein.