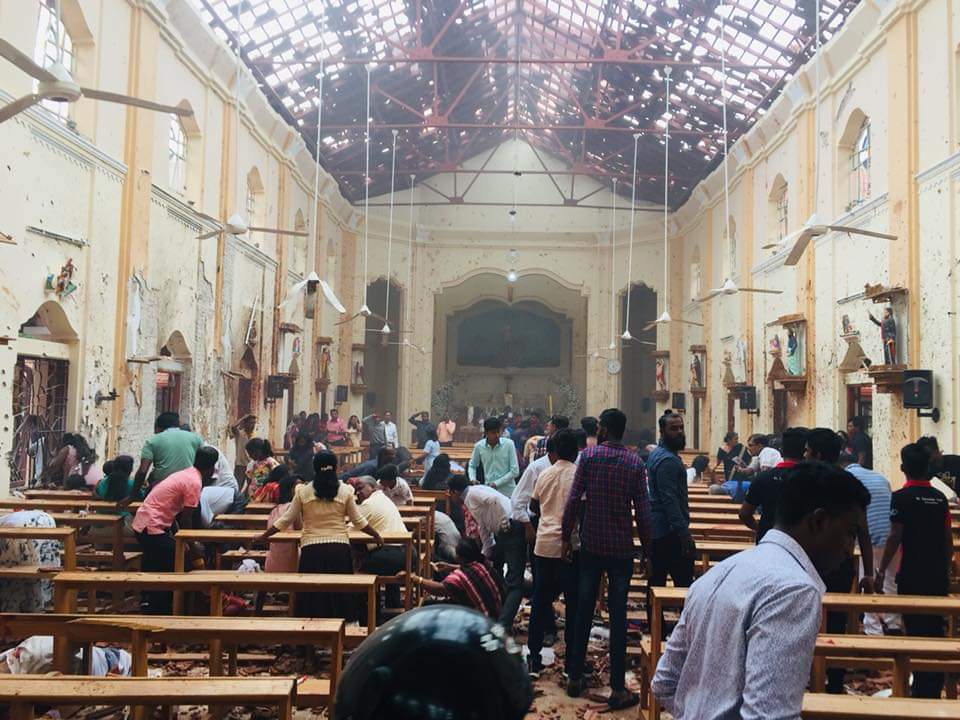 Explosion in a church in Sri Lanka. (Photos: NewsNow 360 via Twitter)

Colombo (People's Daily) - The newsfirst in Sri Lanka said death toll rises to 160, about 360 injured including four Chinese citizens after several explosions hit three churches and three hotels in and around the Sri Lankan capital of Colombo.

The wounded have been sent to the hospital and were in stable condition, according to China’s embassy in Sri Lanka, who has launched its contingency plan at the first time to alert local Chinese.

The hotels and one of the churches are in the nation's capital Colombo. The other church is in Negombo, north of Colombo. The location of the third church is unclear.

Colombo National Hospital said a number of wounded had been brought in for treatment.

There were no immediate claims of responsibility. 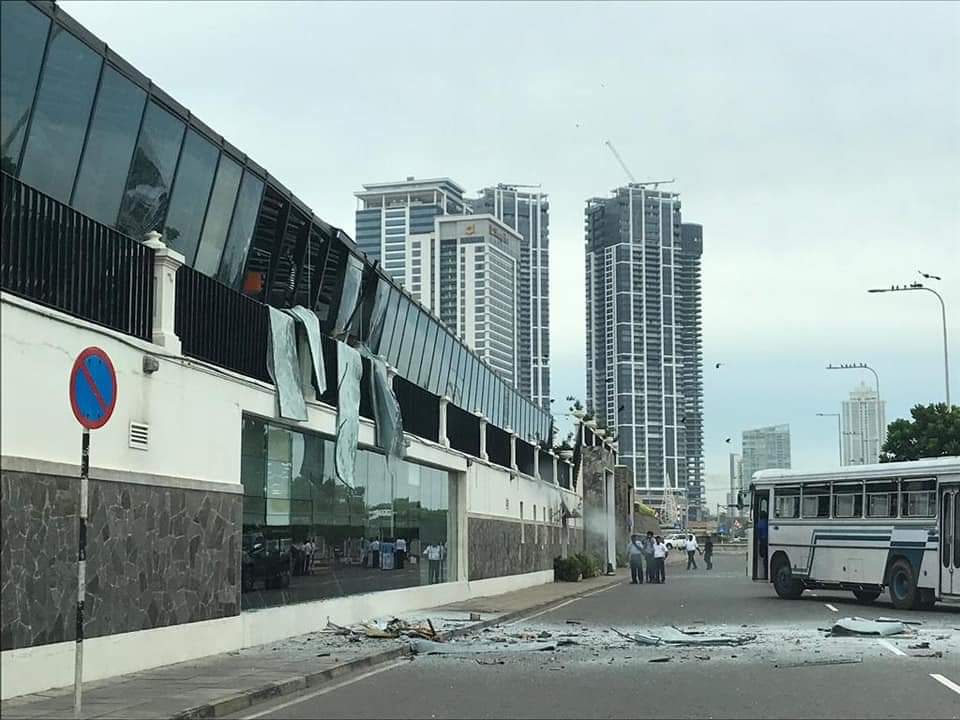