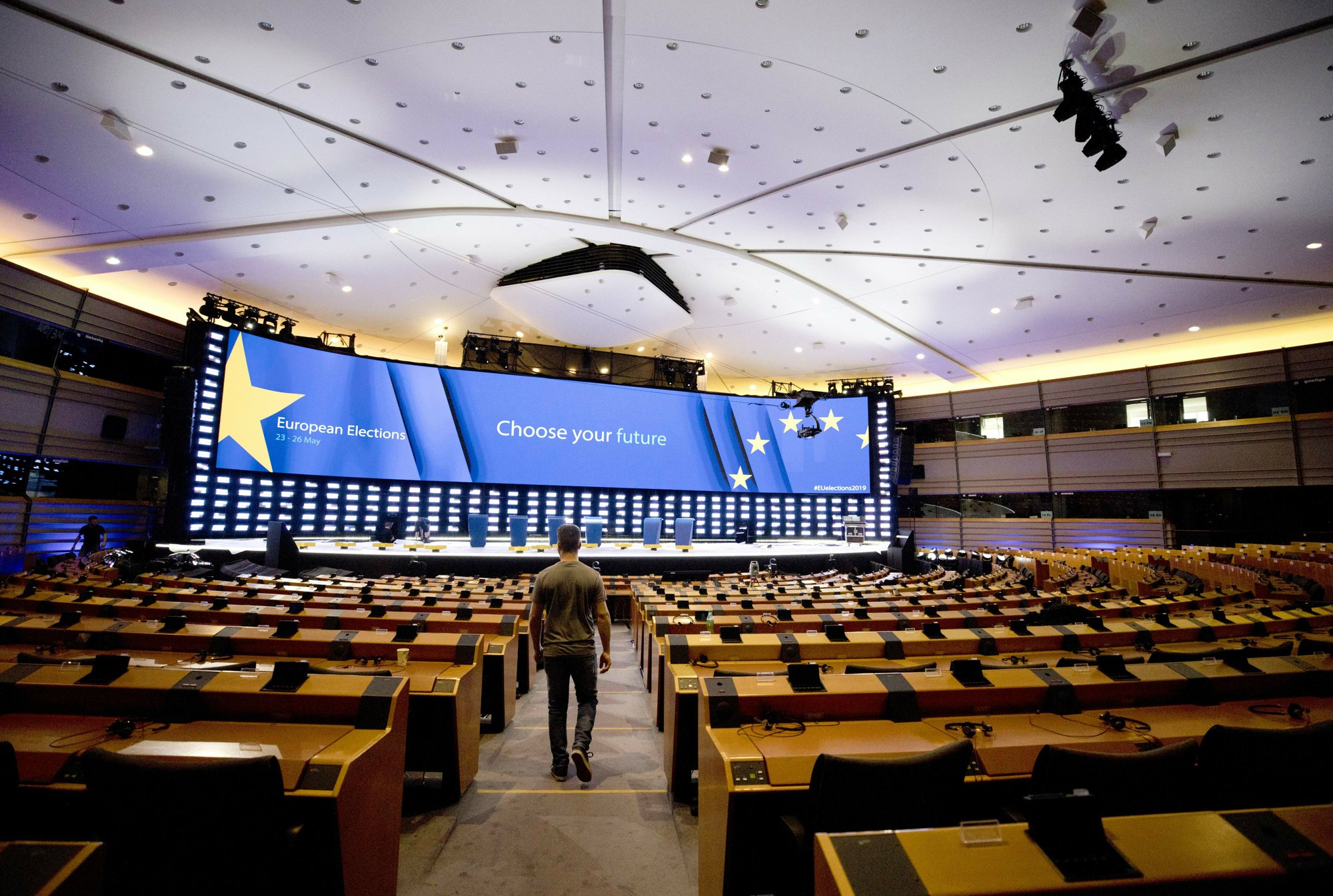 A man walks in the European Parliament as it is being set up for election night in Brussels, Friday, May 24, 2019. (Photo: AP)

The stakes for the European Union are especially high in this year's selections, which are taking place over four days and involve all 28 EU nations.

Many predict nationalists and far-right groups will gain ground, and would try to use a larger presence in the legislature to claw back power from the EU for their national governments.

Moderate parties, on the other hand, want to cement closer ties among countries in the EU, which was created in the wake of World War II to prevent renewed conflict.

Britain, Ireland and the Netherlands have already voted, and the Czech Republic started voting Friday and continues Saturday.

Slovakia, Malta and Latvia are holding their European Parliament elections Saturday — and all the other nations vote Sunday.

Official results will only be released Sunday night, after all countries have voted.

Voting in the Netherlands may have already produced a surprise. An Ipsos exit poll forecast a win for the Dutch Labor Party, and predicted that pro-European parties would win most of the Netherlands' seats in the European Parliament, instead of right-wing populist opponents.

Overall, the European Parliament's traditional political powerhouses are expected to come out with the most votes. But the center-right European People's Party and the center-left Socialists & Democrats look set to lose some clout and face their strongest challenge yet from an array of populist, nationalist and far-right parties skeptical of the EU.

Those parties hope to emulate what President Donald Trump did in the 2016 U.S. election and what Brexiteers achieved in the U.K. referendum to leave the EU: to disrupt what they see as an out-of-touch elite and gain power by warning about migrants massing at Europe's borders ready to rob the continent of its jobs and culture.

The traditional parties warn that this strategy is worryingly reminiscent of pre-war tensions, and argue that unity is the best buffer against the shifting economic and security challenges posed by a China and U.S.-dominated new world order.

Voters across Europe are electing 751 lawmakers, although that number is set to drop to 705 when Britain eventually leaves the EU. Each EU nation gets a number of seats in the EU parliament based on its population.

The legislature affects Europeans' daily lives in many ways: cutting smartphone roaming charges, imposing safety and health rules for industries ranging from chemicals and energy to autos and food, supporting farming, and protecting the environment.