MOSCOW, Dec. 31 (Xinhua) -- At least four people were killed and 35 others remained missing after a household gas explosion rocked a residential building in the Russian city of Magnitogorsk on Monday, the Russian Emergencies Ministry said. 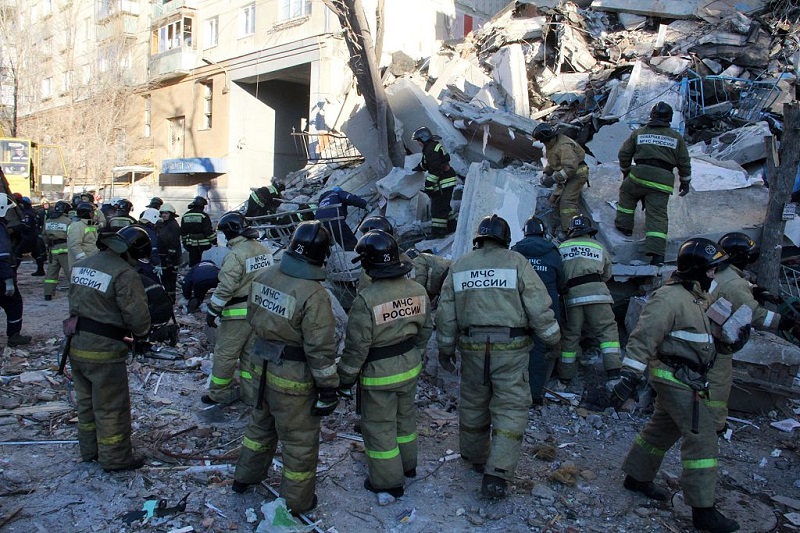 Emergency officers take part in a search and rescue operation after a gas explosion rocked a residential building in Russia's Urals city of Magnitogorsk on December 31, 2018. (Photo: VCG)

Five people have been hospitalized and 28 people who were previously reported missing were not at home when the tragedy happened.

Search and rescue operations are under way at the 10-story building, which partially collapsed in the blast at around 6 a.m. local time (0100 GMT).

Russian President Vladimir Putin has arrived in Magnitogorsk and he is expected to meet local officials there.