An explosion at a fireworks factory in northwestern Turkey on Friday killed four people and injured at least 97 others, officials said. 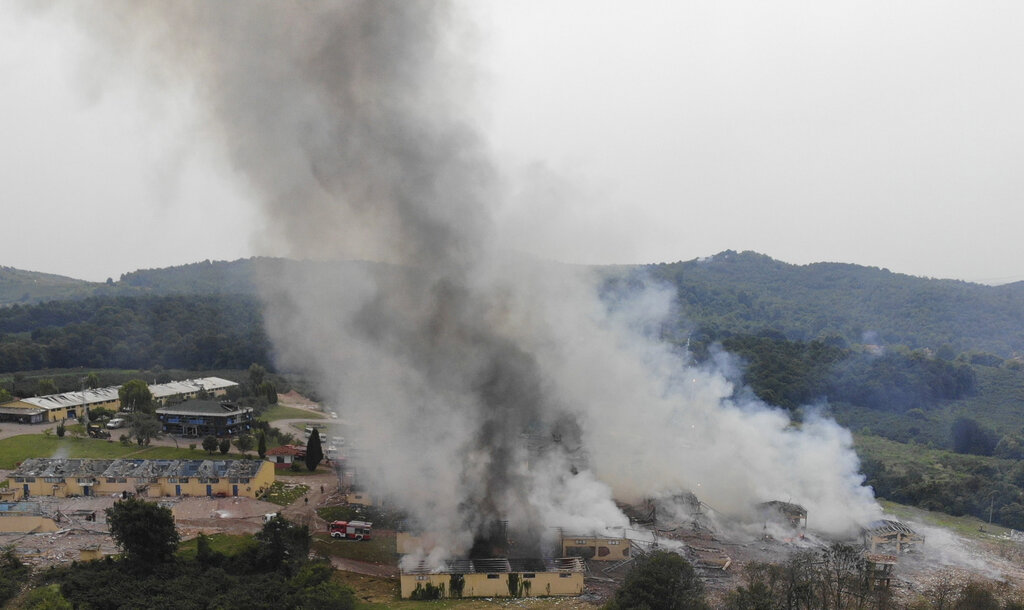 Smoke billows from a fire following an explosion at a fireworks factory outside the town of Hendek, Sakarya province, northwestern Turkey, Friday July 3, 2020. (Photo by AP)

There were 186 workers at the factory outside the town of Hendek, in Sakarya province, Health Minister Fahrettin Koca told reporters.

Koca, who traveled to the area along with two other ministers, said the explosion killed four workers while 97 others were hospitalized. Sixteen of the injured were later discharged, he said, adding that of the remaining workers, just one was in critical condition.

The cause of the blast at the factory, which is away from residential areas, was under investigation.

Two helicopters and a plane were sent to the area to assist firefighters teams, whose efforts were hampered by continuing explosions. The blaze was brought under control several hours later, officials said.

HaberTurk television said authorities blocked roads leading to the factory. Families rushed to the site for news of their loved ones.