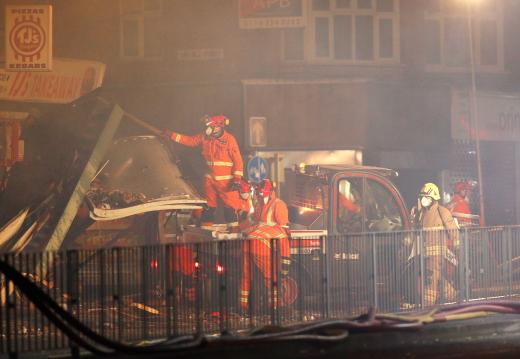 Members of the emergency services work at the site of an explosion which destroyed a convenience store and a home in Leicester，UK， February 25, 2018. Photo: Reuters.

At least four people were killed and four others injured in an explosion at a building in the central English city of Leicester on Sunday evening, police said on Monday.

"There are four confirmed fatalities at this stage and four people remain in hospital, one with serious injuries," Leicestershire police said in a statement. 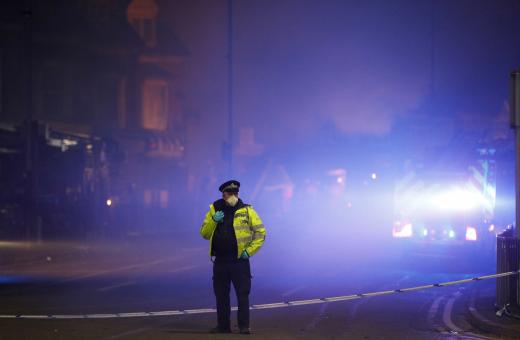 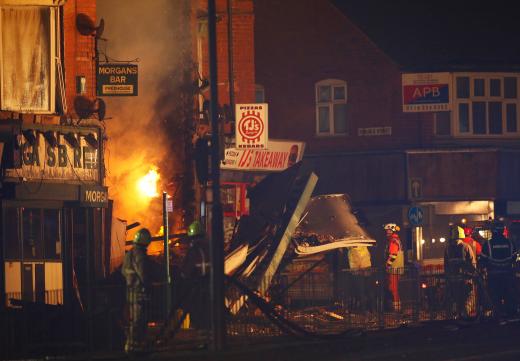