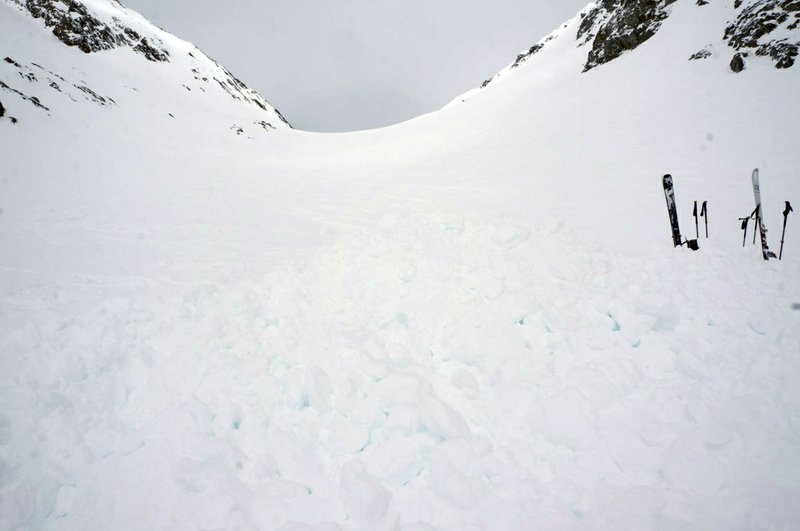 The area where four German skiers have been killed by an avalanche in Fieschertal, Switzerland. Police in the canton (region) of Valais said Sunday the group was buried by the avalanche on Friday near the village of Fieschertal on April 26, 2019. (Photo: AP)

Police in the canton (region) of Valais said the group was buried by the avalanche on Friday near the village of Fieschertal.

Planes and rescue personnel started looking for the group after they were reported missing, but because of severe weather conditions, the bodies were only found and recovered Saturday afternoon.

Police said the victims haven’t yet been formally identified, but German daily paper Rheinische Post reported that the four were all members of the Duesseldorf section of the German Alpine Association. At least two of the members were known to be very experienced, the paper reported, without identifying the victims.

“An avalanche that got off a mountain sideways rolled over them,” Reinhard Bittel, from the local mountain rescue service, told Swiss Online site 20 Minuten. “The group had no chance.”

The four people were buried underneath up to three meters (10 feet) of snow, he added. Eight rescuers and two helicopter teams were involved in recovering the bodies.