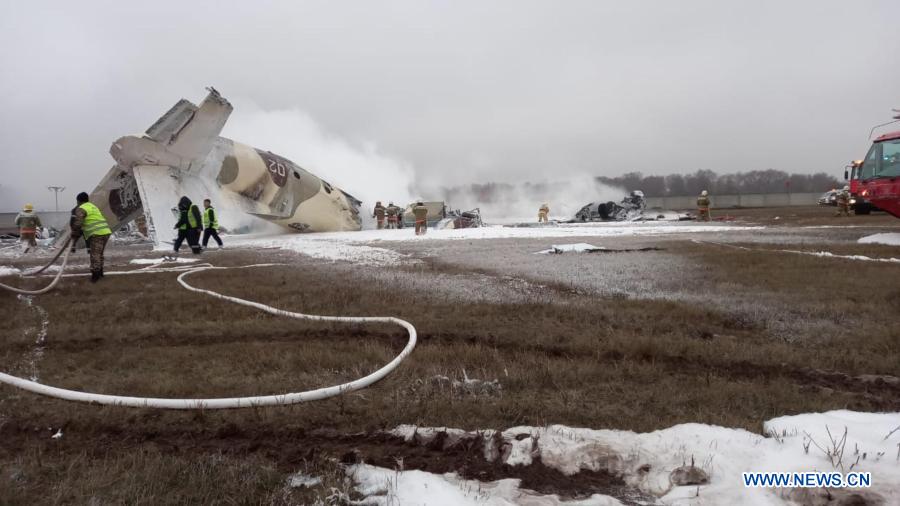 Photo taken on March 13, 2021 shows the site of an aircraft crash at the airport in Almaty, Kazakhstan. (Photo: Xinhua)

"According to preliminary data, four people died, and two injured were sent to the nearest hospital," the emergencies ministry said in a statement on Saturday.

The An-26 military aircraft was traveling to Almaty from the capital Nur-Sultan, the ministry in the Central Asian country said.

Communication with the aircraft ceased at around 17:20 pm local time (1120 GMT) "during the landing approach at the Almaty airport," the airport said, adding that the aircraft crashed at the end of the runway.

The cause of the crash was not immediately clear.