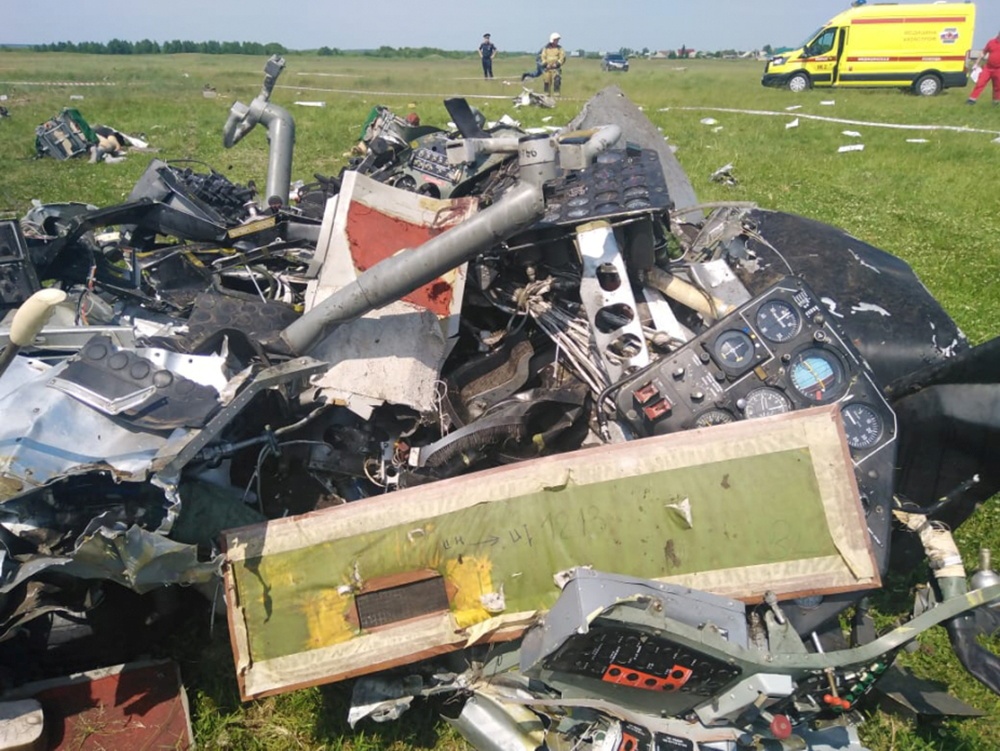 A view shows the wreckage of an L-410 plane that crashed near the Tanay aerodrome, which provides parachuting services, in Kemerovo Region, Russia, June 19, 2021. (Photo: Agencies)

MOSCOW - The authorities of Russia's Kemerovo region denied information about nine people killed after the emergency landing of a plane in the region on Saturday, saying that four people died as a result.

"Four people were killed, another 15 were injured (four were in serious condition, 11 were of moderate severity)," it said in a statement published on its website.

An investigative group is currently working at the scene, it added.

Local media previously reported that nine people died as a result of the emergency, citing the regional branch of the Volunteer Society for Cooperation with the Army, Aviation, and Navy.

The L-410 aircraft, belonging to the Kemerovo branch of the DOSAAF, crash-landed during a training flight near the airfield Tanai.