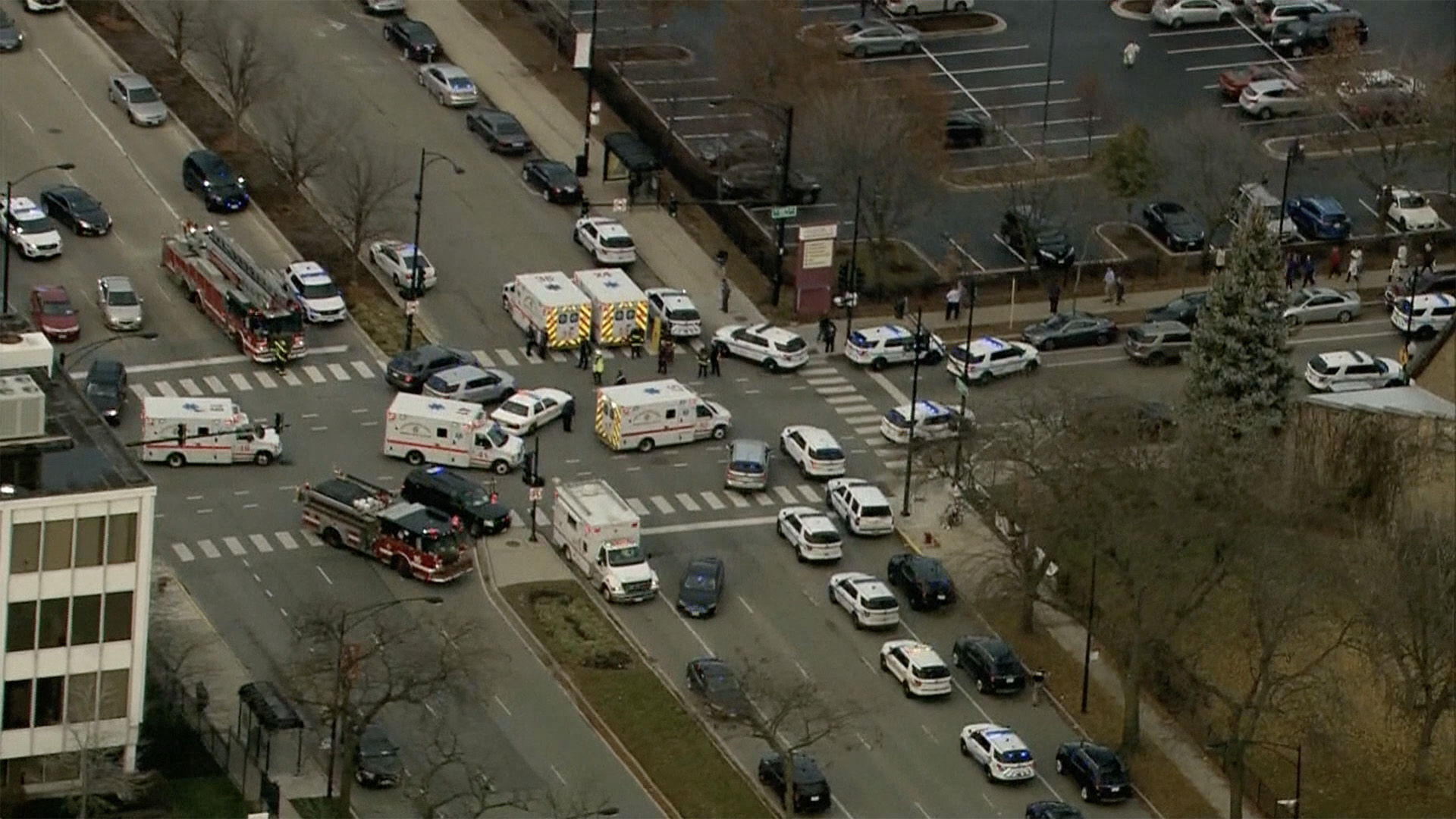 CHICAGO, Oct. 13 (Xinhua) -- Four people were killed and another critically injured in a shooting in an apartment building on Chicago's Northwest Side on Saturday night.

A man, identified as a 67-year-old construction worker who has lived in the 3-floor building for about 15 years, left his apartment, went to a neighbor's apartment in the same building and shot dead four people -- three men and one woman -- as they sat around a table eating dinner, local media quoted police as saying.

The man then went to another neighbor's apartment and shot a woman, who was in critical condition and was undergoing surgery, local media reported.

The suspect has been in custody, and his weapon has been recovered.

Police said the man has had run-ins with neighbors in the past.