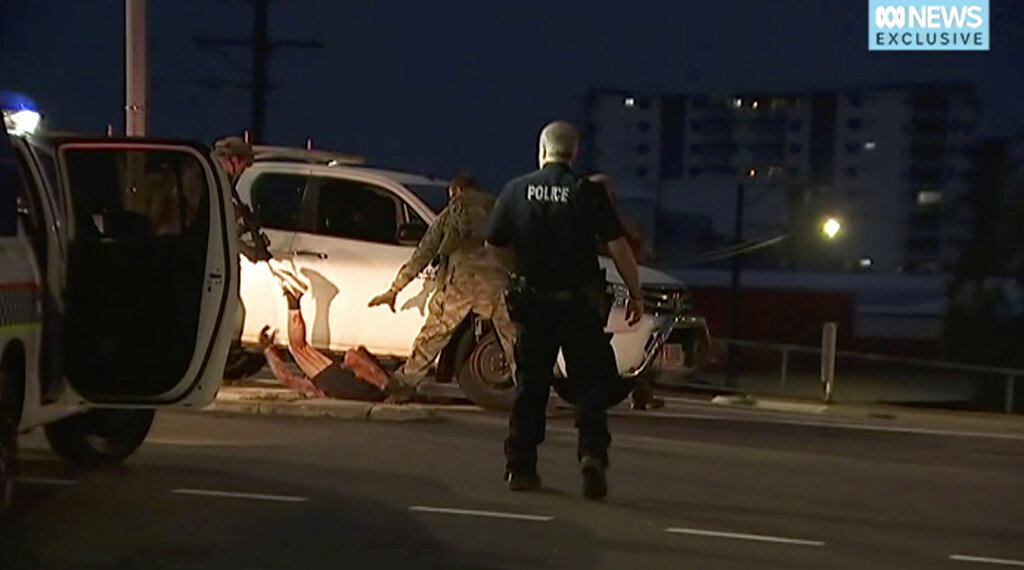 In this image made from video, police proceed to apprehend a suspect on the ground next to a white truck, Tuesday, June 4, 2019, in Darwin Australia. (Photo: AP)

According to local newspaper The Australian, police said there were also people injured after the shooting in NT capital Darwin.

Police received reports of multiple shots in the city area before 6:00 pm local time, where witnesses heard up to 20 shots from a motel.

Police locked down parts of the city, and a 45-year-old man was later arrested.