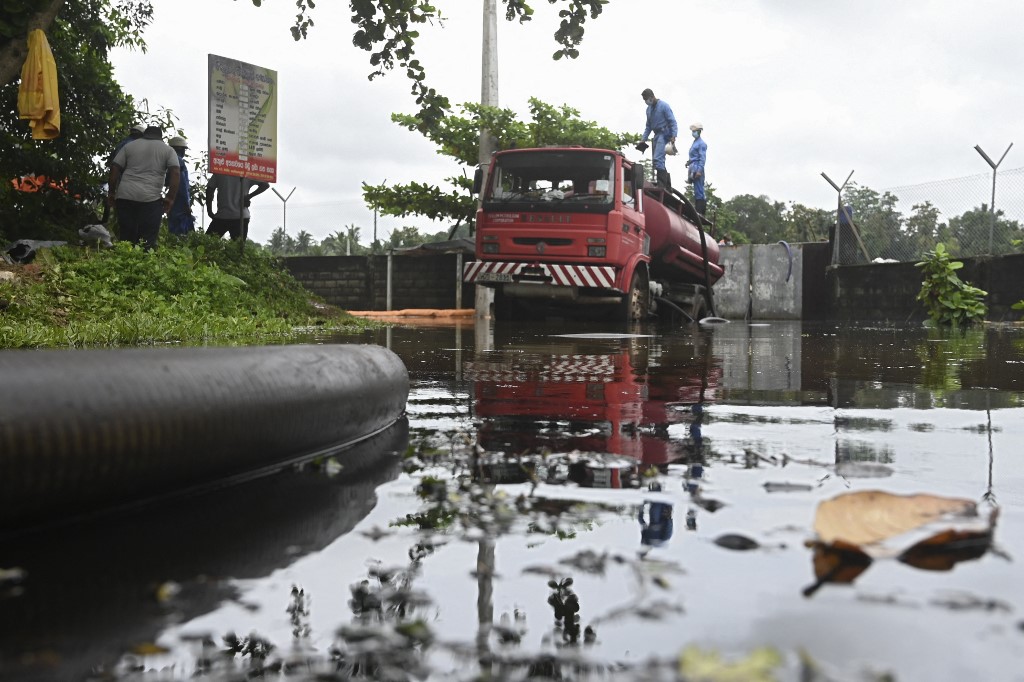 Coast Guard personnel try to skim oil that leaked into floodwaters from a refinery at Sapugaskanda, northeast of Colombo June 5, 2021. (Photo: AFP)

COLOMBO - Four people were killed and over 170,000 were affected by days of strong gales and heavy rains which lashed out across the country in recent days, the Disaster Management Center said on Saturday.

Till Saturday morning, seven people were also missing due to the inclement weather while two people were injured.

Over 5,000 people had been affected and moved to safer locations while 65 houses had been damaged in the worst affected districts.

The Disaster Management Center said teams had been deployed on the ground to conduct search and rescue operations while the military was also on standby to help rescue efforts in the event of heavy floods.

The Meteorology Department in its latest weather report said heavy falls of 150 mm could be expected over the weekend and the public was urged to be cautious especially about heavy lightning.

The department further said wind speeds were expected to increase up to 50 to 55 km per hour in Northern, North Central and North-Western provinces.

According to the Disaster Management Center, several areas in the country were inundated on Saturday following the heavy rains and a warning had been issued to families living in low-lying areas.

A landslide warning also had been issued for some districts.