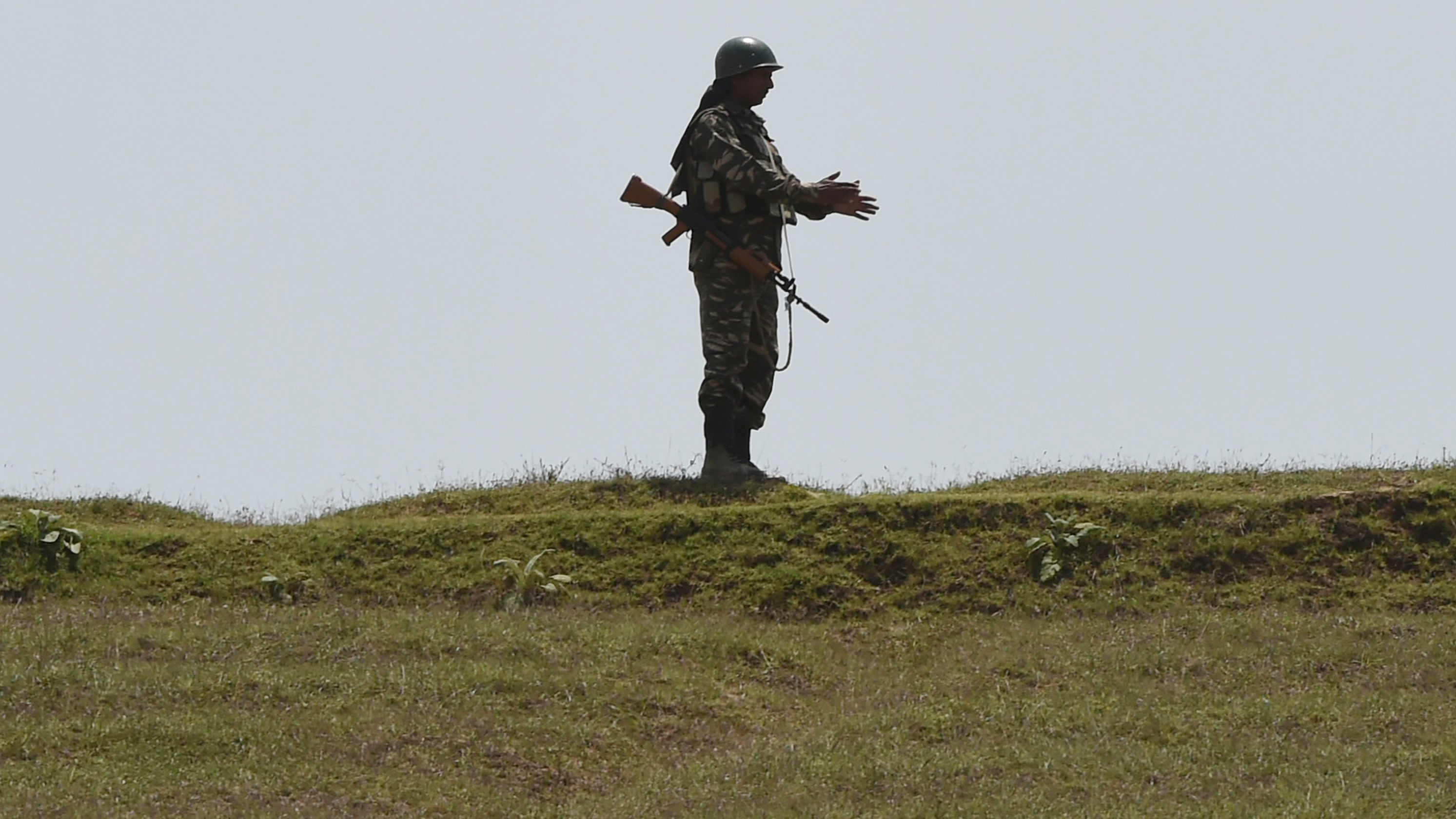 The gunfight broke out near toll Plaza in Nagrota on the outskirts of Jammu city, the winter capital of Indian-controlled Kashmir.

Authorities closed the road and stopped vehicles from plying in the wake of the firing. Additional contingents of army, police and paramilitary were rushed to the spot and the gunfight lasted for a few hours.

"Four militants were killed and one police constable wounded in the gunfight," a police spokesman said. "The search operation in the area is underway."

A guerilla war is going on between militants and Indian troopers stationed in the region since 1989. The gunfight between the two sides takes place intermittently across the region.

Kashmir, the Himalayan region divided between India and Pakistan, is claimed by both in full. Since their independence from Britain, the two countries have fought three wars, two exclusively over Kashmir.