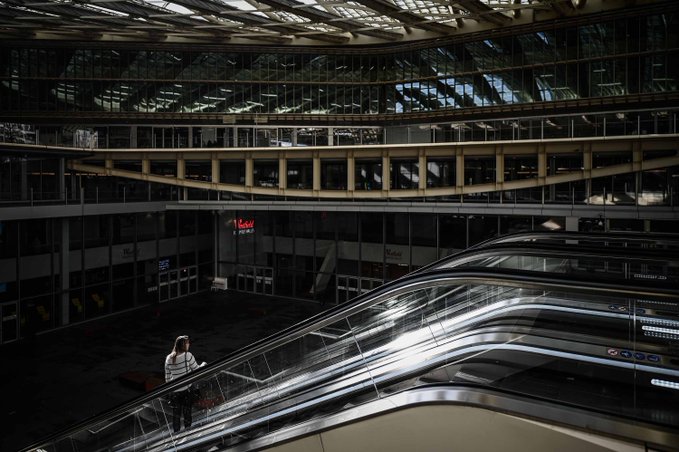 PARIS, April 2 (Xinhua) -- Four million French employees are currently under the partial unemployment scheme put in place by the government in response to the coronavirus crisis, Minister of Labor Muriel Penicaud announced on Thursday.

That is to say, "one employee in five in France in companies or associations is partially unemployed," Penicaud told radio network Franceinfo.

Partial unemployment or technical unemployment for a company consists of reducing the working week or temporarily closing all or part of an establishment. Under the scheme, employer pays its employees on temporary leave most of their salary. The state will then reimburse businesses in full for salaries up to 4.5 times the minimum wage.

During the coronavirus outbreak, the French government has enabled expedited procedures for employers to facilitate partial unemployment. This mechanism to avoid dismissals might cost the French state coffer billions of euros, estimated French media.