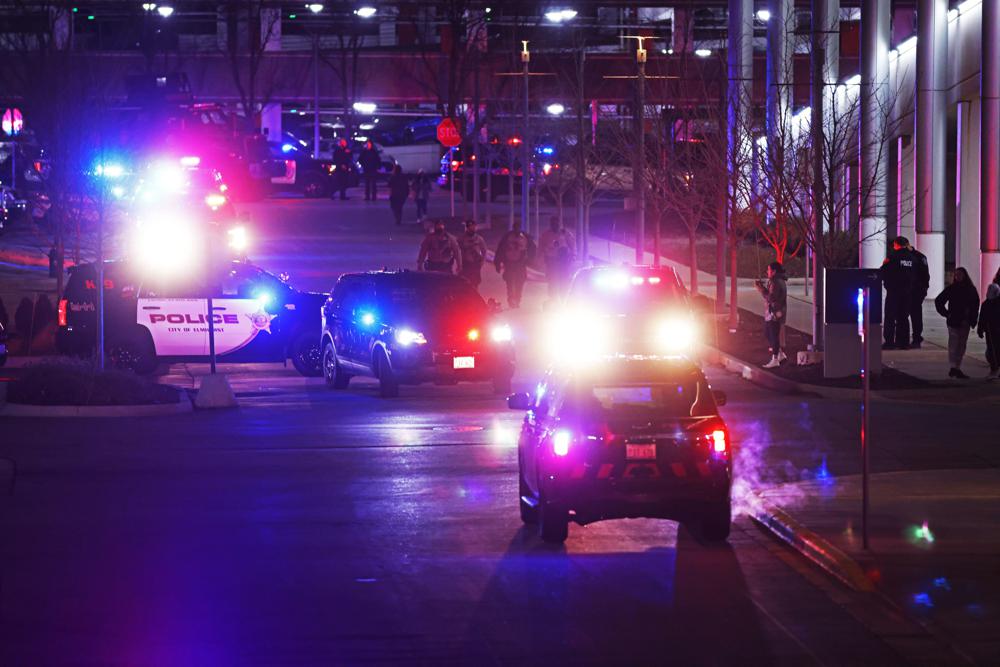 The incident at Oakbrook Center in Oak Brook began with two males involved in a shootout in a corridor around 5:45 p.m., police Chief James Kruger said.

He said the injuries were not life-threatening. Three people who were shot may have been bystanders hit by ricocheting bullets.

One person was in custody, and police were looking for another suspect, Kruger said.

“This is just a very unfortunate incident that is completely out of character for our area,” the chief said.

The outdoor mall is a major shopping destination about 15 miles (24.14 kilometers) west of Chicago. TV stations with aerial cameras showed police cars and emergency vehicles spread across the property with their lights flashing.

Shoppers who were interviewed as they were gradually released said they took cover in stores and dressing rooms.

Alex Gay, 23, said she was walking in the mall when she suddenly saw people running. She didn’t hear any gunshots.

“I’m shook up,” Gay told the Chicago Tribune. “It was scary everyone was sprinting out of the mall as sirens went over intercom saying, ‘Emergency. Evacuate. Seek shelter.’ I almost got trampled.”