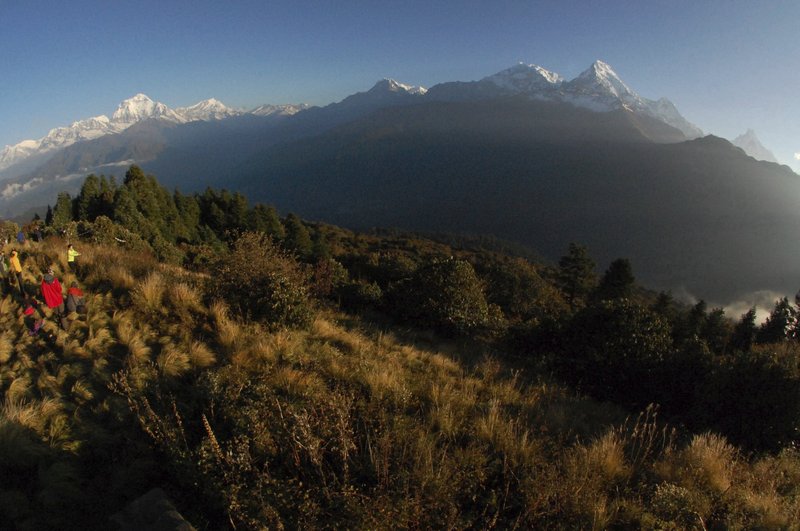 In this Oct. 24, 2014, file photo, trekkers watch the sun rise over the Annapurna Range, right, in central Nepal, as viewed from Poon Hill, above the village of Ghorepani. (File photo by AP)

Nepal’s Department of Tourism official Meera Acharya said at least one Chinese national injured in the avalanche was rescued by helicopter.

Acharya said efforts were being made to rescue the others. So far, rescuers have been able to pluck 30 trekkers who were trapped by the avalanche blocking the trail and flew them to a safe area.

The South Korean Ministry of Foreign Affairs said the avalanche hit at an altitude of 3,230 meters (10,600 feet) before noon Friday. It said five other South Korean members of the same team were safe and taking shelter in a lodge.

The missing trekkers — two women in their 30s and 50s and two men in their 50s — were teachers who were staying in Nepal for volunteer work, the ministry said, according to South Korea’s Yonhap news agency.