Four regions of Ukraine on Tuesday night released the results of the referendums on joining Russia, which were held from September 23 to 27. 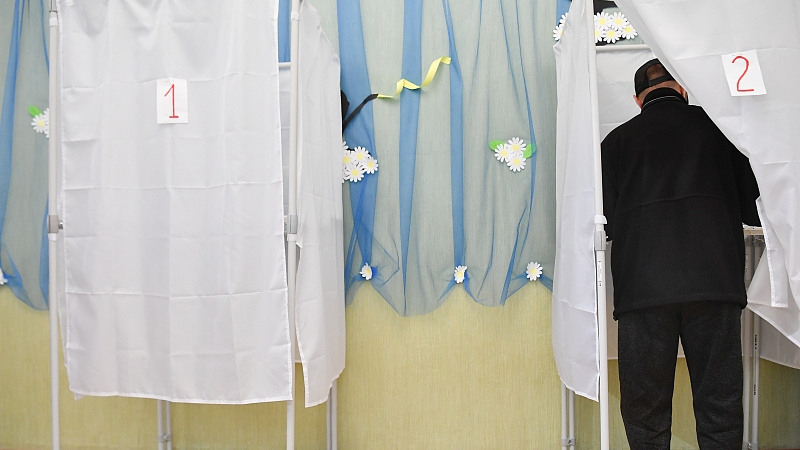 A man is seen in a voter booth during the referendum at the polling station in Melitopol, Zaporizhzhia region, Ukraine, September 27, 2022. /CFP

According to local election commissions, 99.23 percent of voters in Donetsk, 98.42 percent in Luhansk, 93.11 percent in Zaporizhzhia and 87.05 percent in Kherson voted in favor of joining the Russian Federation.

The results have been recognized as valid since the voter turnouts in the four regions all exceeded 50 percent, according to the local election commissions.