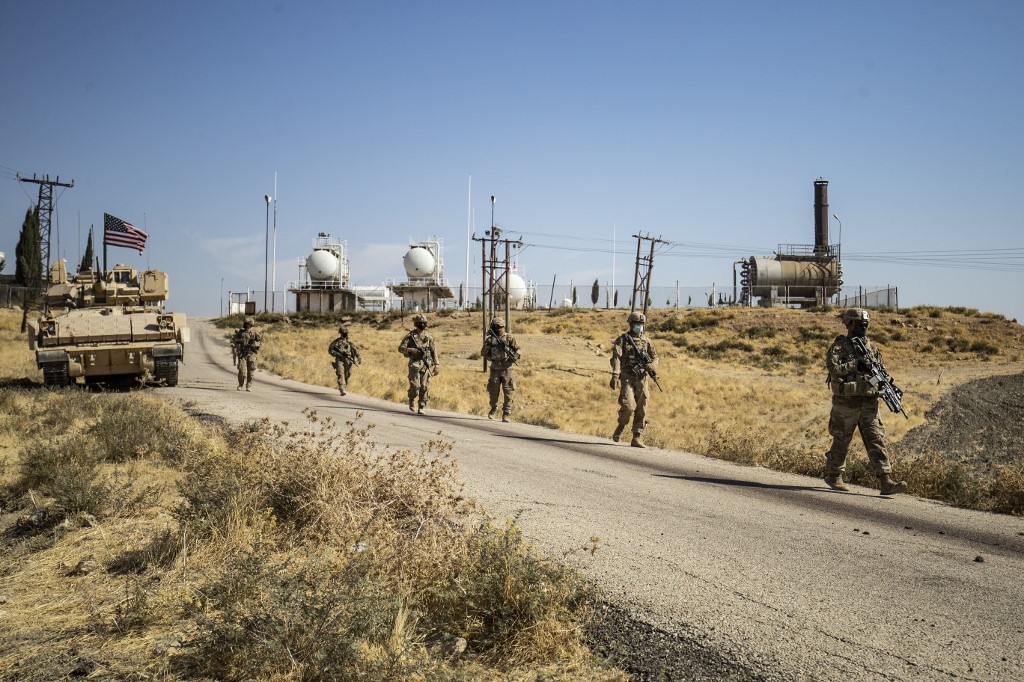 US soldiers walk near a Bradley Fighting Vehicle (BFV) during a military patrol by oil production facilities in the countryside near al-Malikiyah (Derik) in Syria's northeastern Hasakah province on October 27, 2020. (File photo: AFP)

The explosive device tore through a US military vehicle in the village of Markadeh on the Hasakah-Deir al-Zour road, said the report.

It added that a translator was among the slain soldiers.

Following the explosion, the US forces cordoned off the area amid the flight of US warplanes in the area.

The slain soldiers were taken to a US base in the Shaddadi area in the Hasakah countryside, SANA noted.

SANA said the US forces and their allies of the Kurdish-led Syrian Democratic Forces (SDF) control the majority of oil fields in northeastern Syria.

It said that thousands of truckloads of military gears reached US bases in Hasakah.