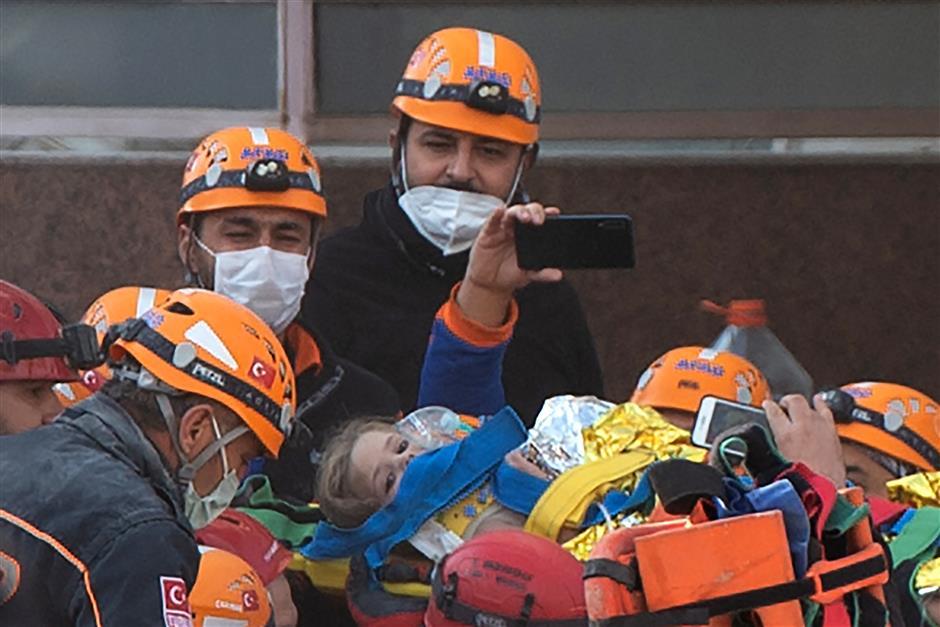 Rescue workers carry four-year-old girl Ayda Gezgin as they pull her out of the rubble of a building 91 hours after it collapsed during a 7.0-magnitude earthquake at Bayrakli district in Izmir on November 3, 2020.

Turkish rescue workers on Tuesday rescued a 4-year-old girl from under the debris of a building, 91 hours after a strong earthquake hit Turkey's western province of Izmir, local media reported.

The live footage of the NTV broadcaster showed rescue workers pulling the girl out from the rubble.

A rescuer told NTV that the team found the girl in the kitchen of her apartment, and she was in good condition.

The Disaster and Emergency Management Authority of Turkey said the death toll in the earthquake has risen to 102, and a total of 1,026 people were injured in the tremor.

Search and rescue operations have been going on around the clock in the debris of a total of five collapsed buildings in the province, the AFAD added.

The 6.6-magnitude quake hit the Aegean Sea off the Seferihisar district of Izmir on Friday.