400 evacuated after 2 deaths from possible gas leak in SC 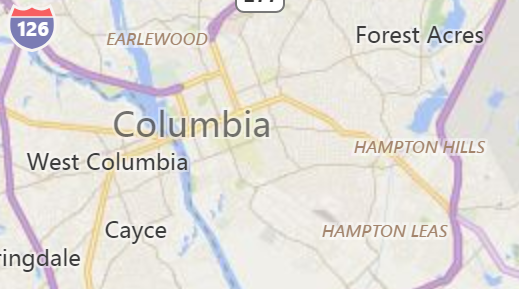 More than 400 people have been ordered to leave a public housing complex in South Carolina where gas leaks may have been responsible for the deaths of two men. (Photo: Bing Maps)

More than 400 people have been ordered to leave an 80-year-old public housing complex in South Carolina because of natural gas leaks after two residents were found dead inside separate apartments.

Columbia firefighters began checking all 244 units of the Allen Benedict Court for gas leaks after the bodies were found and discovered unusually high gas levels in at least 65 units coming out of water heaters, stoves and other appliances, Fire Chief Aubrey Jenkins said.

The leaks are "not only significant but are consistent throughout this property," Columbia Mayor Steve Benjamin said at a news conference Friday.

The city is immediately working to find hotel rooms or other places to stay for the complex's more than 400 residents.

Once firefighters finish their inspections, the main gas to the building will be shut off and a private company will be called in to do fuller inspections and repairs, Jenkins said.

Officials have no idea how long it might take before residents can return or if the apartment buildings can even be fixed, Benjamin said.

One body was found during a welfare check after one of the victims didn't show up for work, and rescuers found the other body as they checked the apartments in the rest of the building, police said.

Autopsies have been performed, but more tests are needed to determine exactly what killed the men, Watts said. He has ruled out foul play.

The Columbia Housing Authority said in its annual report that it was seeking money to demolish and renovate the apartments at the Allen Benedict Court. Built in 1939, the complex is the third-oldest public housing in the country, authority Executive Director Gilbert Walker said.

"We've done our best to keep them up to the standards we possibly can," Walker said.

Police and firefighters walked around the complex Friday placing bright yellow "no trespassing" signs on doors. Fans were blowing air into some units as residents were briefly allowed in to grab medicine, clothes or a few other items.

Benjamin said residents won't be allowed to return "until we can say beyond a shadow of a doubt it is safe."