KABUL, Aug. 11 (Xinhua) -- More than 400 private schools have closed their doors due to various reasons including economic problems, reported a local television channel the Tolonews on Thursday. 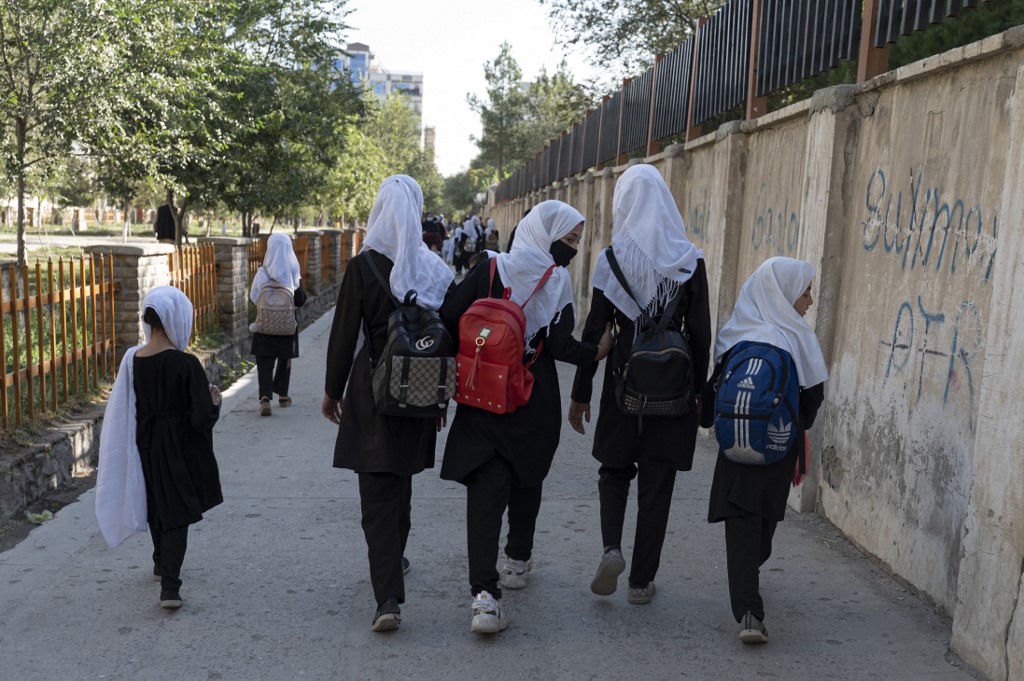 In this picture taken on August 9, 2022, Afghan primary schoolgirls walk to their school along a street in Kabul. (File photo: AFP)

Tolonews quoted Zabihullah Furqani, a member of the Union of Private Schools, as saying that many students gave up school due to poverty, while girls from grade six to 12 can't attend classes under the current restriction.

Zabihullah Mujahid, chief spokesman of the Taliban-run administration, has reportedly said that the restriction on girls attending schools is based on religious reasons.

Earlier, the administration's education ministry said that the closure of girls schools above grade 6th is temporality and would resume within the framework of Sharia, or Islamic laws, in the future.

Tolonews quoted Mohammad Daud, the former head of the Union of Private Schools, as saying that thousands of people would lose their job with the closure of the schools.